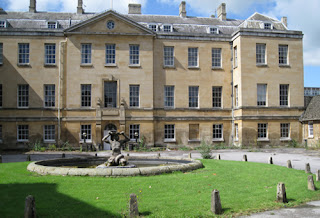 On June 7th, Ken Richman (MCPHS University, Boston) and Julian Savulescu (Oxford) hosted a small workshop on autism and moral responsibility at the University of Oxford.

Some philosophers have argued that impaired cognitive empathy prevents autistic individuals from being fully morally responsible. Neuropsychologists working on autism, philosophers working on moral responsibility and psychiatric illness, autistic adults, and students and postdocs at the Oxford Uehiro Center for Practical Ethics came together to discuss autism and responsibility. Throughout the discussion, we focused on autistic individuals with average or higher intelligence, rather than those who also experience intellectual disability.

One of the first issues addressed was that questioning the moral responsibility of a certain group is extremely sensitive, as exempting individuals from responsibility entails doubting their moral agency, either in a specific situation or more generally. Such considerations might even be used to exclude a person from school or the workplace.

The capacities relevant to moral responsibility are generally considered to be volitional capacity (control) and understanding of the consequences and moral character of one’s actions. Both are affected by autism to some extent. However, autistic individuals are not more prone to committing crimes than the general population, and are not unusually prone to other kinds of immoral behaviour, either. My impression from the discussion was that problems arise most frequently when people are in overwhelming situations, or there can also be problems with inappropriate social behaviour, such as unintended rudeness.


It was pointed out that for most mental disorders, the disorder does not provide a blanket excuse or exemption from responsibility. Rather, what needs to be considered is how specific features of the disorder affected a specific action in order to make a case by case decision regarding excuse. For example, when making a responsibility judgment regarding an autistic child’s meltdown in a noisy situation, we need to take into account how much more stressful certain situations are for autistic children, as well as possible problems with volitional control. This implies that a global assessment of moral incapacity is inappropriate.

Under the label ‘authenticity’ we discussed approaches to moral responsibility and agency that require a morally competent agent not only to do the right thing, but to do it with the right feelings and attitudes. Examples introduced were comforting behaviour without typical feelings of empathy, and apologies without emotional appreciation of the harm done. In reaction to this, some of the participants with more experience with or of autism doubted that such descriptions, which ascribe a lack of affect to autistic individuals, are in fact accurate. It was pointed out that individuals with autism experience affective empathy and emotional contagion and primarily struggle with cognitive empathy, understanding and predicting what other people think.

Issues are further complicated by another feature common among autistic people: alexithymia, the inability to identify and describe one’s own emotions. So it is important to note is that while the affective responses to other people’s plights may well be different, this does not mean that emotional responses are absent. Furthermore, many of us believed, contra some Strawsonian approaches, that the emotions with which individuals do the morally right thing should not feed into our moral evaluation of their actions, even if they may well influence other aspects of interpersonal relationships.

The last point we discussed was whether autism has any effect on autonomy and people’s ability to make decisions for themselves. One frequently observed phenomenon is that parents of autistic children are often slower to let them make their own decisions because they want to protect them from ill-considered decisions arising from an inability to appreciate relevant options for action, or insufficient appreciation of the way their condition may affect the success of an action or project. In other words, there can be a struggle to balance respect with paternalistic care for autistic individuals’ welfare.

The workshop generated a very rich and interesting discussion which benefited immensely from the different perspectives that informed the conversation.