Today's post is by Ben Tappin, graduate student in psychology at Royal Holloway at the University of London. In the post he introduces the paper "Do the folk actually hold folk-economic beliefs?" that he has co-authored with Robert Ross and Ryan McKay. 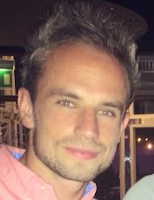 How do individuals arrive at their beliefs about the economic impact of immigration? More specifically, what are the psychological processes that underpin seemingly widespread beliefs like “immigrants steal jobs” or “immigrants abuse the welfare system?” Just how typical are these (and related) beliefs, and does their prevalence have implications for theorizing about the psychological processes that give rise to them? In the current political climate of Western Europe and the US, these questions seem as relevant now as any time before.

Data from the 2015 British Social Attitudes survey, for example, indicate that a large minority of Britons believe immigration is “good” or “very good” for the British economy (roughly 42%). In that survey, a similar proportion reported that it is “bad” or “very bad” (37%). These figures parallel responses to the 2014 European Social Survey, where approximately 40% of Britons said they believed immigration to be good for the economy, while 36% believed it to be bad. Across the Atlantic, more recent evidence paints a similar picture.

A Pew survey conducted in 2017 suggests that a majority (65%) of US adults believe immigrants “strengthen the US with their hard work and talents,” whereas only a minority (26%) consider immigrants a “burden.” These data undermine the notion that beliefs about the economic impact of immigration are typically negative in content; on the contrary, positive beliefs may be as prevalent—if not more so. At the same time, however, this evidence does reveal substantial variation in beliefs about the economic impact of immigration. What might explain such variation?

One explanation for the relationship between beliefs about immigration, on the one hand, and education or political affiliation on the other, is the notion of “expressive responding.” That is, the idea that individuals are prone to express positions consistent with their group or other identity-based commitments in survey responses, but in fact harbor a more consonant representation of reality in private. There are several lines of evidence consistent with this idea. For example, one US study found that, in surveys asking questions about politics, incentivizing people to give correct answers – or to admit that they don’t know – diminished disagreement between political partisans.

Other studies have used what is known as the “list experiment” to elicit beliefs under a thicker cloak of anonymity than traditional self-report methods afford. In these cases, it appears that more educated respondents report views about immigration closer to those of their less educated counterparts. These data are consistent with the idea that expressive responding explains some of the variation in beliefs about the economic impact of immigration. However, it is important to note there are, of course, other plausible explanations for this variation, as well as some recent evidence against the prevalence of expressive responding in survey responses.

Whether beliefs reported in surveys are entirely sincere or polluted by expressive responding, it is clear there exists a significant amount of disagreement over the economic impact of immigration in the US and Europe. Undeniably, many individuals consider immigration bad for the economy, but a substantial minority – if not majority – appear to hold the opposite belief, that immigration has a positive economic effect. A strong theory of the psychological processes underpinning the formation of such consequential beliefs must be able to account for the negative and positive content.