An Excess of Meaning

Today’s post is by Joshua Bergamin, philosopher and performance artist based in Edinburgh, Scotland, who continues our series on our Topoi special issue on confabulation with a summary of his paper “An Excess of Meaning: Conceptual Over-Interpretation in Confabulation and Schizophrenia”. 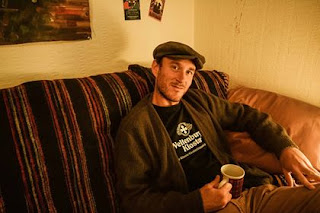 Most of my academic work centres on the effects of language and conceptual capacities on human consciousness, particularly on what I suspect is the role of language in creating and maintaining a sense of (egoistic) self.

This was the subject of my doctoral thesis, in which I touched upon confabulation, since it presents an interesting tension between our feeling of being a unitary agent, and the underlying motivations of our actions, however they might be described.

Thus, although much of the literature on confabulation is concerned with the fascinating -- and often bizarre -- pathological cases that arise through brain injury, my interest has leaned more towards the kinds of everyday confabulation of which we are all guilty, to some degree.

When I saw the call for papers for this special issue of Topoi, my first thoughts were to explore this connection of confabulation to our spontaneous attempts to make sense of the world. The inspiration for this came from experiments with 'cut-up ' art, of the style practised by Brion Gysin and William Burroughs. Here, the artist or author splices together various pieces of art or text-- their own, or that of others-- in order to create a new text.

The interesting result, from a philosophical point of view--is that the new text, despite having no reference to the world, makes a kind of sense; the reader/viewer experiences images and ideas that do not come directly from the author. We might say that the mind imposes a narrative onto the stimuli, primed as it is to make sense--any sense--of what's before it.

It also seemed somehow relevant that Burroughs was also a notorious conspiracy-theorist, of that type that has long existed on the fringes of the American counter-culture, and is now pushing its way toward the mainstream (Kurt Andersen's 'Fantasyland' is great on this).

Pondering over these themes one evening, I had an intuition that confabulation was linked to an 'excess of meaning' rooted in our ordinary sense-making capacities. My paper, therefore, is an attempt to ground that intuition in a philosophically-rigorous way. As I went along, I grew particularly interested in the idea of schizotypy as a spectrum-disorder, related to the construction of meaning and self that-- I hold-- is rooted in our linguistic capacities.

The process of writing was an enjoyable challenge, and I was assisted by a couple of generous referees who helped me to fully get-to-grips with the literature on schizotypy and schizophrenia. While I hope the article offers something thought-provoking to researchers of confabulation, I hope in the future to expand on the bigger themes--only alluded to in the paper--of the entanglement of our sense of self with our interpretation of the natural and social world, and our place in it.