In this post, Anna Ichino, Postdoctoral Research Fellow at the University of Milan, working primarily in the philosophy of mind and philosophical psychology, continues our series of research posts on the special issue in Topoi, introducing her paper "Superstitious confabulations". 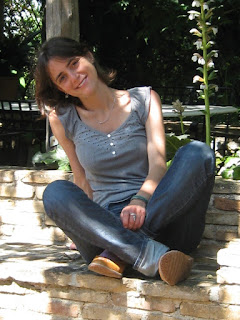 Confabulation is a heterogenous phenomenon, which varies across a number of dimensions – including content, mode of elicitation, aetiology, and more. While acknowledging this heterogeneity, recent philosophical discussions have focussed mostly on some particular kinds of confabulation: notably, confabulations that are about the self, and externally elicited – classic examples being cases of memory distortions and of ‘choice blindness’. With a few exceptions, such discussions highlight the epistemic faults of these confabulations, especially in relation to self-knowledge.

I start by introducing superstitious thinking, broadly construed so as to include not only traditional superstitions like those concerning broken mirrors or black cats, but also a variety of more idiosyncratic superstitious ideas concerning such things as lucky charms, propitiatory rituals, telepathic connections, hidden conspiracies, etc. – that are shown to be pervasive both in clinical and non-clinical populations (see e.g. Risen 2016; Vyse 2014).

I argue that this sort of thinking, characterised by a tendency to exaggerate the world’s meaningfulness and coherence, shares many key features with paradigmatic confabulations – including ill-groundedness, motivational origins, gap-filling function, and lack of deceitful intentions.

Although of course there are also some differences between superstitions and paradigmatic confabulations, we can think of them as variations within the same broad psychological family – thereby recognizing, in our heterogenous confabulation category, the existence of a sub-class of ‘superstitious confabulations’.

Why does it matter to recognize that? It matters for our general understanding of how the mind works – making us realise how pervasive certain features of our cognition are. And it matters for a better understanding of the two phenomena of confabulation and superstition in particular – fostering closer interactions between research programs in these two areas, which so far have gone on in almost total disregard from each other.

In the second part of the paper I provide an example of how fruitful such interactions can be. I argue that an important psychological model recently developed to explain superstitious attitudes reveals such attitudes to be non-doxastic in nature, and that this model may be applied also to other more standard forms of confabulation – in both cases with important implications for the sorts of normative questions that philosophers have been asking about these phenomena.

The model in question is the ‘dual-system model of magical thinking’ defended by Jane Risen (2016, 2017) – according to which superstitious attitudes are formed via the motivationally biased heuristics of System 1, and subsequently maintained through what Risen calls System 2’s ‘acquiescence’: a process by which ideas that are explicitly understood to be false or ungrounded are nonetheless willingly endorsed and allowed to play action-guiding roles.

I argue that ‘acquiescence’, so characterised, is clearly a non-doxastic process: as Williams (1973) famously pointed out, beliefs are not the sorts of attitudes that can be willingly endorsed in the face of explicitly acknowledged counter-evidence. Hence, Risen’s account speaks in favour of superstitious attitudes’ non-doxastic nature. And insofar as it is right, superstitions may turn out to be less epistemically irrational than they are typically taken to be (although – note – this does not make them immune from other sorts of criticisms!).

I conclude by outlining some reasons why a similar non-doxastic account may also apply to (at least some) more paradigmatic forms of confabulation – in particular to those ‘primary confabulations’ that are stubbornly maintained in the face of counterevidence and counterarguments. Once again, this non-doxastic approach would put pressure on common assumptions about confabulations’ epistemic irrationality – an upshot that looks especially relevant for the burgeoning research program concerning confabulation’s ‘epistemic innocence’ (see e.g. Bortolotti and Sullivan-Bissett 2018).