Self-know-how and the Gap between Saying and Doing

We continue to hear from contributors to our special issue on confabulation in Topoi. In today’s post, Leon de Bruin, Senior Research Fellow in philosophy at VU University Amsterdam and Radboud University Nijmegen, and Derek Strijbos, psychiatrist and research fellow at Dimence Group in Zwolle, and a post-doctoral philosopher at Radboud University Nijmegen, introduce their paper “Does Confabulation Pose a Threat to First-Person Authority? Mindshaping, Self-Regulation and the Importance of Self-Know-How”. 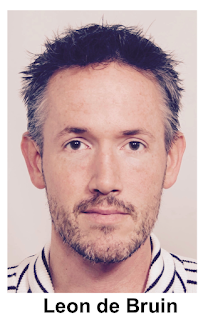 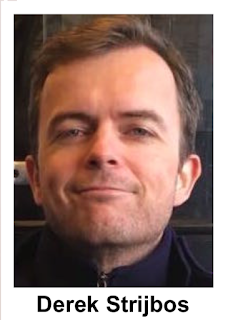 Philosophers usually take this first-person authority to be 1) a strictly backward-looking phenomenon that 2) only concerns the content of the self-ascribed mental states. In our paper, we take issue with both assumptions.

First, we argue that first-person authority also has a forward-looking dimension: the adequacy of self-ascriptions of mental states instantiated in the past or present, is not only determined by what one thought, said or did in the past or present, but it is also dependent on one’s future sayings and doings. On our account, first-person authority is based on our ability to self-regulate, that is, our ability to align our self-ascriptions with our past, present and future behavior (including other avowed self-ascriptions).

In social practice, self-ascribed beliefs, desires, and the like, are weighed against the commitments one implicitly or explicitly undertook in the past, and they confer commitments regarding one’s future behavior. When a person systematically fails to align her self-ascribed mental states with her behavior in this way, her status as an authoritative self-ascriber will be undermined, and people will tend to treat her self-ascriptions with more reservations.

Our second point of departure with the general consensus is that we treat the content of the ascribed states, i.e. the ‘what’ of the self-ascription, only as one factor determining the authoritative status of self-ascription and self-ascriber. Coming from a clinical perspective, we argue that it is not only the content of the self-ascribed state that plays a role in determining first-person authority, but also how we relate to our own mental states and how we respond to others when being asked about our reasons and mental states. In other words, first-person authority is also about self-know-how, i.e. how we manage the (mis)alignments between our self-ascriptions and our behavior.

We show that clinical cases of confabulation reveal major deficits precisely in this respect. What reduces people’s status as authoritative self-ascribers is to a large part determined by deficits in self-know-how and their inability to respond in appropriate ways to misalignment when confronted by others and responding to questions why. We extend this to other clinical cases, where problems with self-regulation also undermine people’s ability to make themselves understood in the face of apparent misalignment between their self-ascriptions and their actions.

In general, coping with inconsistencies between one’s self-ascriptions and behavior in social settings seems to be facilitated by adopting certain kinds of self-relational attitudes. These attitudes are partly epistemic (in the sense that they figure in the process of gaining knowledge about one’s mental states in relation to one’s behavior), partly agential (because they play a role in the regulation of one’s mental states and behavior), and partly moral (in being closely associated with or perhaps implying certain moral virtues such as benevolence, regard, and respect towards self and others). We refer to the latter as ‘self-relational virtues’, given the association with e.g., intellectual and moral virtues often discussed in philosophical literature.

There is a lot to be explored on this topic of self-know-how. For example: what is the exact role of mentioned self-relational attitudes in the proces of self-regulation that facilitates first-person authority? How can we connect this, conceptually and empirically, to theorizing and research in clinical practice, psychotherapy in particular? And how can we empower self-relatational virtues in educational and clinical settings?