On 30th – 31st May, a workshop investigating issues related to these questions was held at St. Thomas University, Fredericton, New Brunswick, Canada. Organised by Scott Stapleford, Professor of Philosophy at St Thomas University, and Kevin McCain, Associate Professor in Philosophy at the University of Alabama at Birmingham, the workshop comprised eight talks over the course of two days. Here, I summarize just a few of them. 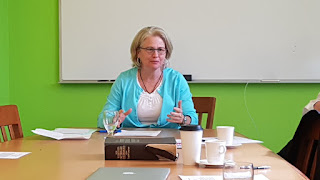 Sharon Ryan was interested in the question of whether we have an epistemic obligation to be open-minded. She maintained that we do have epistemic responsibilities, and moreover, that our epistemic responsibilities are among some of the most important. For Sharon, understanding reality certainly has instrumental value (in so far as it helps us to fulfil our practical goals) but it is also intrinsicallygood. Sharon suggested that one of the significant outputs of philosophy is that it helps to make us more epistemically responsible.

She argued there is a particular conception of open-mindedness that is a necessary condition for wisdom. She first examined some alternative constructions of open-mindedness, and found them deficient. For instance, a construction on which being open-minded amounts to withholding judgements on propositions about reality, or one which centers being aware of one’s own fallibility as a believer, might point to epistemically valuable characteristics, but also don’t give us positive instructions regarding how we should navigate information.

Sharon argued that this conception of open-mindedness allows us to resolve an established deadlock between two sides in the peer disagreement debate. Here, when faced with the situation in which one believes that p whilst one’s peer believes that not-p, the “steadfast” position instructs us to continue to believe that p, whilst the “conciliatory” position instructs us to switch in accordance with our peer and believe that not-p. Instead, Sharon suggested, we should believe whatever we arrive at through an exercise of open-mindedness. 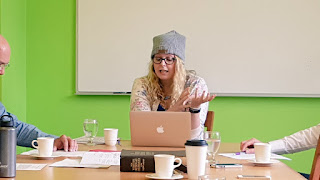 Ema Sullivan-Bissett argued that there are no sui-generis epistemic duties (none that aren’t reducible to some other sort of duties, such as moral or prudential ones). First, Ema argued that simply because belief is subject to a standard (typically thought to be truth), this in and of itself does not generate a duty to believe in line with the truth. We may encounter all sorts of systems and practices in which some sort of standards are upheld, but duties are not thereby generated to act in accordance with the standards in question.

Next in the firing line was normativism about belief– for Ema, the arguments for normativism turned out to be rather mysterious, such that we need further reason to endorse them, independent of duties, before we know whether they’ll ground duties. Nor did rational nature or role-oughts do the trick: Ema argued that the conception that a being capable of reasoning oughtto reason correctly doesn’t amount to a conceptual truth, and whilst a capacity for reason may be present whenever we ascribe a duty, the ascription of a duty isn’t obviously given simply by the presence of a capacity for reason.

Ema put forward her preferred account, in which duty talk and related epistemic practices are best accounted for by attention to the biological function of belief, in which believing confers adaptive advantage (this is so when some proportion of beliefs are true, whilst others may be false, but play an organizing role, contributing to the achievement of other survival goals). Ema proposed that her account does as good a job of explaining duty talk as alternative accounts which posit epistemic duties as sui generis, and further argued that her account explains key features of our epistemic practice. 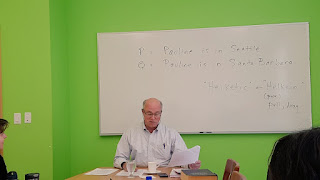 Drawing on features of W. D. Ross’s accounts in epistemology and ethics, Mark Nelson argued for the existence and the value of what he dubbed “epistemic tension.” Mark was most interested in the constrainingfeatures of our epistemic circumstances: those that tell us what we ought notto believe. Certain observations seem to rule out the believing of some particular things. For instance, given that Mark knows that his partner is in Seattle, and he also knows that if she is in Seattle, then she isn’t in Santa Barbara, then he ought not to believe that she is in Santa Barbara. But what if, rather than knowing these things for certain, Mark only justifiably believesthem? Can we justifiably believe that p, and that, if p then not-q, and also, that q?

Mark drew on an example from Michael Walzer, in which soldiers decline to kill enemy soldiers in moments of vulnerability: having a bath, or enjoying a sunrise, or pulling up their pants. Walzer explains these moments as when “we recognize a fellow creature…whose person is as valuable as my own.” (1977, p. 142). Mark suggested that Walzer seemed to make a compelling case for both “it is not wrong for soldiers to kill soldiers” (given by, something like “the rules of war”) and “Soldiers have a right to life so it is wrong to kill them”. 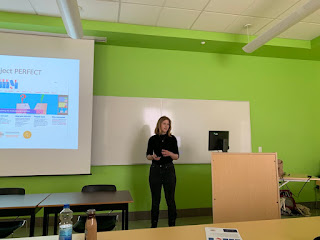 I gave a paper co-authored with Lisa Bortolotti in which we’re interested in the manner in which people use autobiographical and personally significant (APS) stories in public debates, and how this complicates the issue of fulfilling our epistemic duties as debate participants. Following our research on confabulation, we’ve become interested in the power had by personal stories beyond simply the conveyance of information. Science and public health communicators have long known the power of personal stories to convince people of broader scientific facts. We think people in general do to. We’d both observed how, in everyday discussion, people seem to use personal anecdotes, not simply to illustrate a point, but to convince their opponent of the truth of some wider political claim, and we wanted to look a little more systematically at this idea.

Focusing on the Brexit debate, we analysed conversations on public Facebook pages, and found that people indeed do routinely use stories to make political claims. There is no exhaustive set of search terms to filter APS stories from the conversations, and because we were working with very large datasets, we developed a new methodology for identifying stories, involving two stages. We first look for terms which indicate that a personal experience is being shared, and look through for APS stories, and from this, we can begin to understand some of thematic aspects around which APS stories in the Brexit debate often centre. In turn, this generates new search terms.

We found that although many of the APS stories identified were persuasive in different ways (they chime with different aspects of social identity, and political ideology, use emotive language, and paint a compelling picture of events) they are not usually by themselves sufficient evidence for the wider claim their tellers wish to convince us is true. This presents some challenges for how we can fulfil our epistemic duties as debate participants when APS stories are in play as evidence. We think these point to the need for further investigation into what sort of epistemic evaluation applies to the use of APS stories in public debates, and consideration of strategies to help participants navigate them in a way which fulfils epistemic duties and ultimately enhances the debate.
Posted by Sophie Stammers at 08:00