The Pursuit of Resonant Meaning

In which I confabulate (in a sense I’ll leave up to the reader to determine) about my recent paper “Confabulation, Explanation, and the Pursuit of Resonant Meaning”. This is the final post in our series dedicated to our special issue “Philosophical Perspectives on Confabulation” in Topoi, so let me take the opportunity to thank all of the authors for contributing to what I think has turned out to be a fantastic resource on current philosophical and psychological thinking on the topic. You can revisit the other posts in the the series (and find links to the full papers) here. 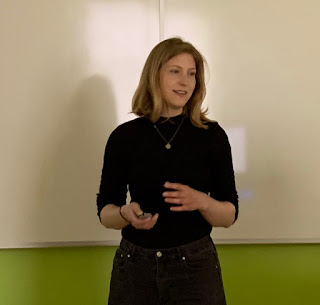 I mean that in the sense that, if I’m ever a spectator to a bunch of people throwing/kicking/hitting an inflated spherical object around a pitch, I’m usually not familiar with the rules, and I just don’t get a lot of what’s going on, and end up losing interest.

But I also mean it in the sense that I am just not stirred up by a lot of the grandiose sports discourse: the highs, the lows, the dreams made and the dreams dashed, the operatics of the turf…honestly, isn’t it just a ball rolling around?

And yet, this sort of extravagant sports talk is a nice illustration of something we humans commonly do: explain events not simply with a view to ellucidating the causal relations therein, but imposing a sense of narrative which strikes a chord with our audience. Indeed, research suggests that sports teams commonly use narratives to illustrate the triumphs and tribulations of their game.

One example is the use of the hero to villain to hero narrative used to redeem a player who scores after a second attempt (Cunliffe and Coupland 2011). Scoring of course implicates the player’s skill, but also depends on factors beyond their control (e.g. trajectory and speed of the ball, the local effects of the weather, and so on…). Yet the notion of the redeemed hero makes a better story than “well, actually she just got lucky that time because the sun wasn’t in her eyes”.

But look, just because ball sports aren’t my thing, I’m not claiming to be some no-fun party-pooping causal explanations autocrat. The stories I could tell you about (what I’m absolutely sure are) the thrilling daily adventures of my two cats demonstrates that. You might notice I’ve not got excellent grounding for my claims, but I reckon there’s a good chance you’ll be entertained, perhaps you can share some of your own animal stories, and maybe we’ll bond a bit – unless of course, you’re one of those dog people…

Here’s my take: Explanations of things we observe and interact with in our world, and what we think and feel when we do so, aren’t successful simply on the basis that they identify causes or are grounded in evidence. Explanation giving is an inherently communicative, social practice. And when we engage in it, we’re not just saying how we think things are, we’re staking our claim on what their being so means. Doing so returns both psychological and social benefits.

As I discuss in the paper (secion 5.3), telling meaningful stories about our experiences allows us to construct and enhance our sense of identity, increasing our wellbeing, resilience and practical successes (MacIntyre 1984; Schechtman 1996). It also creates and strengthens social bonds and group cohesion, increasing the sense of community and belonging (Bruner and Feldman 1995; Fivush et al. 1995; Reese and Brown 2000; in; Kleinknecht and Beike 2004). Cat people vs. dog people discourse isn’t really just about the animals, is it?

What does all of this have to do with confabulation? We often think about confabulation in clinical contexts e.g. when people with dementia say things that are not grounded in evidence, often interpreted as part of the cognitive decline of the disease. But if we look at the content of these sorts of confabulations, we often find that their utterers are doing something pretty similar to what cat people, dog people, sports people…people are doing: rendering their experiences meaningful, and endowing them with socially resonant themes.

Of course, dementia is a disease with a distinctive aetiology, I’m not denying that. But the manner in which people with dementia deal with their disorientating experiences is not fundamentally different to the way in which those without dementia impose sense on the world. Confabulations like these should be seen as continuous with everyday explanation giving, because explanation giving in general is replete with attempts to emphasise resonant meanings, with explainers reaping the ensuing social and psychological rewards.
Posted by Sophie Stammers at 08:00