I'm Ryan McKay, Professor of Psychology at Royal Holloway, University of London, and head of the Royal Holloway Morality and Beliefs Lab (MaB-Lab). I'm interested in how we form and revise beliefs, including delusional beliefs. This post is a summary of my article “Measles, Magic and Misidentifications: A Defence of the Two-Factor Theory of Delusions” in reply to Phil Cortlett's recent paper discussed on the blog last week. 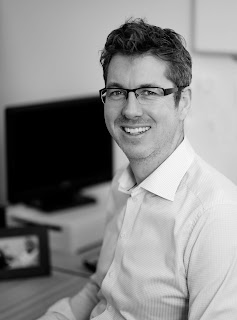 The Two-Factor Theory of Delusions

One may (a) interpret data falsely, but also (b) receive false data for interpretation.

The idea that delusions arise when individuals attempt to interpret “false data” has been incorporated in several theories of delusions. Two-factor theorists, however (e.g., Coltheart et al., 2011; Davies & Coltheart, 2000; Langdon & Coltheart, 2000), view deluded individuals both as “receiving false data for interpretation” (factor one, which furnishes the content of the delusion) and as “interpreting data falsely” (factor two). Factor two is necessary, they claim, because some patients who appear to “receive false data for interpretation” are not delusional. The two-factor theory is thus based on the dissociation between “false data” and “false belief”.

Take Capgras delusion, for instance. For two-factor theorists, the “false data” in the Capgras case is a deficient autonomic response to familiar faces (indexed by skin conductance response [SCR]). The apparent dissociation between these “false data” and “false belief” comes from the fact that patients with damage to ventromedial prefrontal cortex (vmPFC) have also been shown to have deficient SCRs to familiar faces ¬– but these patients are not delusional (Tranel et al., 1995). So, something must explain why Capgras patients – but not the vmPFC patients – adopt the delusion. For two-factor theorists, that “something” is a deficient ability to evaluate candidate explanations of false data – the eponymous factor two.


Corlett’s Critique
Phil Corlett (in press) presents a bruising critique of the two-factor theory of delusions. In his view the theory is “an erroneous summary of rather scant evidence”; its “acolytes” not so much scientists as custodians of a kind of holy relic. The heart of Phil’s critique is two challenges he derives from a paper by Tranel and Damasio (1994), which illuminates the autonomic responses and brain damage of the vmPFC patients often cited in support of the two-factor theory of Capgras delusion. Here I summarise each challenge, and my response, in turn.

Corlett’s Challenge to Factor OnePhil notes that the vmPFC patients lacked normal SCRs not just to familiar faces but to psychologically salient visual stimuli more generally. From this, he concludes that the patients viewed by two-factor theorists as having the first factor in Capgras delusion, but not the second, “do not have a specific enough deficit to determine the Capgras delusion content”.

My Response
Phil claims that two-factor theorists have not acknowledged the specificity (or lack thereof) of the vmPFC patients’ SCR deficits. But that isn’t true. In fact, Langdon and Coltheart (2000) – in perhaps the seminal paper on the two-factor theory – considered this challenge at some length (see p. 191 of their paper). Indeed, because of these doubts about whether these vmPFC patients represent appropriate first-factor analogues of Capgras patients, Langdon and Coltheart (2000) went on to discuss other cases that they viewed as potentially more compelling in this regard. This undercuts an implicit premise of Phil’s overall argument – that whether the two-factor theory of delusions stands or falls depends on its success in explaining Capgras delusion specifically.

Corlett’s Challenge to Factor Two
Phil notes that two of the four vmPFC patients documented in Tranel and Damasio (1994) had damage to right dorsolateral prefrontal cortex (rDLPFC), from which he concludes that “rDLPFC damage is not sufficient for belief evaluation dysfunction as claimed by two-factor theorists”. Phil says it is “troubling” that two-factor theorists have not acknowledged the DLPFC lesions of these four vmPFC cases, “despite [the theory] having been proposed almost 20 years ago”.


In any case, rDLPFC is still a huge and heterogeneous region of the brain, so even substantial damage to rDLPFC might not disrupt the circuits critical for belief evaluation, assuming rDLPFC is indeed the locus of those circuits.

Conclusion
Phil’s first challenge has been previously addressed, and his second challenge is, at best, overstated. In my view, these challenges do not negate the two-factor account. Moreover, recent work by Darby and colleagues (2017) provides compelling independent evidence that two independent factors – disruption to a familiarity network and to a belief evaluation network – underpin misidentification delusions such as Capgras delusion. But this is not to imply that two-factor theory can rest on its laurels. Two-factor theorists – and computational psychiatrists – should continue to devise and test falsifiable predictions of their respective theories.
Posted by Sophie Stammers at 08:00