Two-factor Theory of Delusions: A commentary on the debate 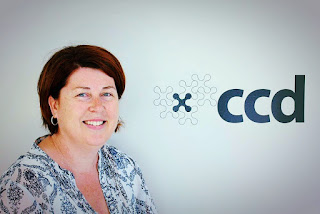 This post is by Amanda Barnier, Professor of Cognitive Science and Associate Dean Research in the Faculty of Human Sciences at Macquarie University. She was Deputy Leader of the Belief Formation Program and Chief Investigator of the Australian Research Council (ARC) Centre of Excellence in Cognition and its Disorders from 2011-2018. In her work she has attempted to use hypnotic methods to recreate clinical delusions in the laboratory. Here she contributes to the exchange between Phil Corlett and Ryan McKay on the two-factor theory of delusions.

I read Phil Corlett’s and Ryan McKay’s blog posts with great interest as well as their original article and commentary. As someone who has worked in the field of delusions (albeit on a bit of a hypnotic tangent) for about 15 years (including for 12 years since I arrived at Macquarie University in 2007 to work with Max Coltheart), I wanted to share some insights.

In his original published article in Cognitive Neuropsychiatry, Phil described me and others who have collaborated with Max Coltheart as “acolytes” who ascribe “magical properties” to the two-factor theory. Here’s the relevant paragraph from Phil’s original paper (with a quote bolded by me):

A colleague and collaborator of Coltheart, and co-creator of two-factor theory, Martin Davies’ remarks of cognitive neuropsychology (Davies, 2010), apply to the strange status that two-factor theory has attained (above reproach, immune to criticism, unmolested by direct empirical examination):

... it is a familiar point about science in general that there is no logically valid deductive inference from evidence to explanatory theory. To be explanatory, a theory must go beyond a summary of the evidence and so cannot be entailed by the evidence. Within the narrower domain of psychology, it is well understood that there is no logically valid deductive inference from data, such as reaction time data, to an explanatory theory about cognitive structures and processes. It is very unlikely that cognitive neuropsychologists regard their research program as being different from all the rest of empirical science and take themselves to have access to evidence with magical properties. (Davies, 2010)

I suggest that acolytes of two-factor theory attribute it the magical properties Davies outlines. It appears to me to be a deduction that is unwarranted by the data. While Coltheart would likely respond that argumentation in cognitive neuropsychology is abductive infer- ence (to the best explanation), I would contend that two-factor theory, as he and his colleagues espouse, is an erroneous summary of rather scant evidence, and so not the best available explanation of those data, nor of delusions.

First, I want to highlight that Associate Professor Robyn Langdon always should be mentioned in discussions of two-factor theory as its co-creator. Her careful, insightful, clinically inspired thinking has been instrumental to both the theoretical and empirical work flowing from the two-factor model. Although mentioning her may not have fit the somewhat combative narrative of Phil’s original article, credit where credit is due.


Second, I want to quickly share what I witnessed and experienced as a colleague of Max's and Robyn's over the past 15 years. Our research group or program — called the Belief Formation Program during the time it was generously funded by the ARC Centre of Excellence in Cognition and its Disorders (2011-2018) — grew exponentially and attracted colleagues and students from a wide range of disciplines including cognitive psychology, neuroscience, clinical and cognitive neuropsychology, philosophy, medicine, history etc. It also attracted many, many international visitors through our doors including Phil, Ryan, and Lisa Bortolotti among countless others, who shared their research, ideas, and questions.

Around the big table of the Belief Formation Program we had robust, open discussions. Nothing was ever off the table or above reproach; everything was open to discussion and to criticism. We often didn’t agree. Rather, we challenged one another and asked for and examined data. It’s been one of the most exciting intellectual periods of my academic career. As just one amongst a number of research directions, Max, Robyn, and other colleagues and I developed an empirical program to explore whether hypnosis can model the features and theorised underlying mechanisms of clinical delusions. Phil cited our latest paper in his original article.

As we worked through predictions from the two-factor and competing theories and tried to implement them in the hypnosis lab, we argued about data and inferences in good faith and in good fun around that table. Max and Robyn have been my model of open-minded, inclusive yet principled thinkers and workers in science. And I have never been a mindless, magical thinking minion who uncritically followed a party line, as Phil inferred. Anyone who knows me knows that this is not me at all! In fact, this rather belittling characterisation doesn’t fit any of us who sat around that table either for a short or a long time.

I was “brought up” in the field of hypnosis, which was consumed at one time by this kind of combative, zero-sum theorising, much to the detriment of the field. Instead, I adhere to Erik Woody’s wonderful recommendation that if theories can’t be right, they should at least be generative. The two-factor theory has been highly generative, as we continue to design experiments, consider cases, and argue outcomes. Likewise, Phil’s theory is also proving highly generative.

As we have these discussions about which theories best explain our data, best generate new predictions and tests, and best close the gap between the lab and the (messy) phenomena of interest in the world, let’s continue to debate in good faith and in good fun rather than malign the motives and sense of colleagues. We all have the same goal in our sights, or “great cause” as Endel Tulving once put it for the field of memory: that our understanding is enhanced.