This post is the second in a series of posts featuring presentations that could not be delivered at Philosophy conferences due to the coronavirus outbreak. 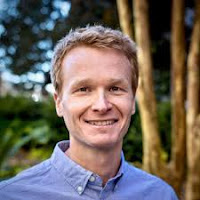 In fact, among laypeople, individual differences in reflection often predicts differences in their philosophical judgment. For instance, more reflective people are often more likely to be atheists (Pennycook et al., 2016) and social conservatives (Deppe et al., 2015). However, some of those correlations could be explained by other factors such as numeracy (Byrd & Conway, 2019), training in philosophy (Livengood et al., 2010), culture (e.g., Gervais et al., 2018), and personality (e.g., Alper & Yilmaz, 2019). As I learned about this literature, I began asking some empirical questions. 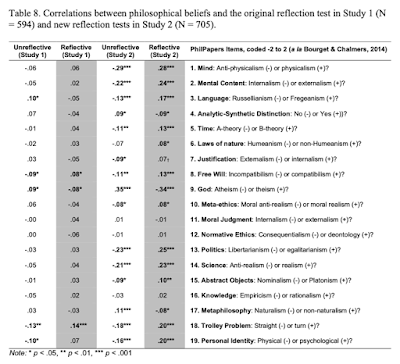 Two large studies (N > 1000), one pre-registered, investigate these questions. The result? Many correlations between reflection and philosophical beliefs among non-philosophers replicated among philosophers (Table 8). For example, less reflective philosophers preferred theism to atheism and the so-called deontological responses to the so-called utilitarian response on the trolley problem (Pennycook et al., 2016; Reynolds, Byrd, & Conway, under review).

Consider a normative question about these data. Are the philosophical views that correlate with reflection betterviews (ceteris paribus)? Some dual process theorists employ this inference (e.g., Baron, 1994; Greene, 2013). However, I argue that the inference faces empirical and philosophical obstacles that have yet to be surmounted.

Now consider two reasons why a few of the present findings deviated from past findings. First, the PhilPapers survey is mostly a measure of agreement with general philosophical views or principles. It is not a measure of intuitions about particular thought experiments. Those familiar with conversational implicature research will be unsurprised that psychological factors can predict different responses to each measure (Cullen, 2010).

Second, academic philosophers are different than laypeople (Livengood et al., 2010). Whether this caused by philosophical education, academia’s selection mechanisms, or some combination of factors is not yet understood. Nonetheless, it is unsurprising that the present findings could vary by population.

Posted by Lisa Bortolotti at 00:13