The Power of Stories

Today's post is by Lisa Bortolotti (Birmingham) who is summarising the main argument in a recent paper co-authored with Anneli Jefferson (Cardiff) on the power of stories in debates about mental health, published in Diametros open access. 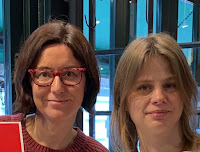 Autobiographical stories do not merely offer insights into a person's experience but can be used as evidence for a controversial claim within a public debate. Although the function of stories is not typically to persuade your audience that something is the case, some engaging stories are likely to exercise a powerful influence on readers' thought and behaviour. One reason for their influence is that stories are vivid and concrete, more accessible than other forms of evidence which might require expertise or training to be fully understood or evaluated.

Our main message in the paper is that, if stories are used as evidence and are influential in changing hearts and minds, then we should treat stories as we treat other forms of evidence, acknowledging that stories can be good or bad evidence for the claim they allegedly support. Moreover, there will be epistemic and moral duties that will apply to the use of those stories in public debates. In our view, this is particularly important when stories are told to reaffirm or reconstruct people's identities, as in some mental health debates.

In the paper we refer to examples from two very lively debates, one on the nature of distress ("Should it be medicalised or should we see it as an effect of trauma?") and one on the nature of autism ("Is it an instance of neurodiversity or a disability?"). Referring to recent stories (brief articles in newspapers, blog posts, or book-length memoirs) where authors reported their own experiences and reflected on them, we showed how stories were then presented as reasons to reject a certain model of distress or a certain conception of autism. They became part of an argument. 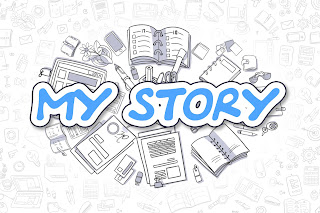 In the end, we argue that when we participate in a debate, in the pub, in the classroom, or on social media, we have a responsibility to assess a story as evidence when the story is used to support a given viewpoint. That does not entail silencing courageous people who offer valuable first-person accounts, but requires that we as 'consumers' of the story develop our own critical distance from it. We also make some preliminary suggestions about what can be done to ensure that the use of stories contributes to the variety of the resources available in a debate without compromising the quality of the argumentation or increasing polarisation.