This post is the first in a series of posts featuring presentations that could not be delivered at Philosophy conferences due to the coronavirus outbreak.

In a healthy democracy all voices should have participation in public discourse. This does not happen if one part of the population does not listen to another part—for example, if white people do not listen to people of colour in a given democratic society. We can try to address this kind of problem with political solutions, such as targeted town hall meetings and encouraging voter turnout. We can also approach it as a problem of epistemic injustice, highlighting the need to resist prejudices and avoid silencing of vulnerable voices. I argue that while both these approaches are needed, we still have a problem if the listening habits of the society as a whole do not change.

What we need is a clear understanding of the interplay between individual habits and the habits of society, both of which contribute to and constrain each other. I propose a Discourse Ecology Model as a way to understand this dynamic and to explore how it might be possible for social habits of listening to change. For this model to work, it needs to be able to show us two things: how ‘private’ attitudes which structure individual listening behaviour can come to differ from the balance of public attitudes, and how those individual differences can put pressure on the public balance.

The controlling concept here is that of an ecosystem, the constituents of which both create and are constrained by the balance of the whole. The link to discursive systems is drawn from empirical work in historical linguistics which examines when, why, and how new usages become institutionalised across social networks and alter the norms of the system: new words get invented, old words change meaning. Dewey’s philosophy of habit change provides the substantive philosophical basis for joining these two notions—ecology and language change—as a coherent model for how individual and public discourse habits can change, and change each other. 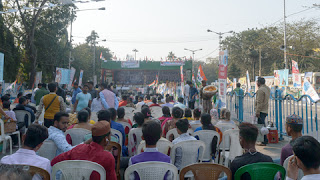 What the Discourse Ecology Model offers us is a way to think critically about the individual’s pursuit of virtue in the face of civic vice. Can the individual become a more just listener if society is unjust, or does the stability of public listening habits constrain the individual’s development of virtues? If the latter, then how can anything change?

On my view, citizens’ pursuits of virtue in the face of civic vice are not meaningless. This claim is based in part on a wilful assumption, and in greater part on the Model of both social and individual habits as dynamic and mutually stabilizing. As with ecosystems, changes in individual habits can spread and, at least in principle, lead to changes in the habits of society. The spread of such habits is not predictable nor can it be engineered, for reasons that the historical linguistics literature makes clear. Nevertheless, the individual pursuit of virtuous social listening habits remains worthwhile, both for its own sake and for the sake of its potential to contribute to the institutionalisation of new listening habits across society.

Posted by Lisa Bortolotti at 11:24