This post is about a paper by Andrea Polonioli, Sophie Stammers and myself, recently appeared in Revue philosophique de la France et de l'étranger, where we ask whether some common biases have any benefits for individuals or groups. 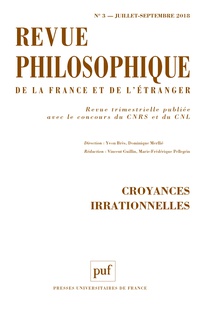 Our behaviour as agents can have a multiplicity of goals. These might be pragmatic in nature (for example, fulfilling practical goals such as being well fed). They might be psychological in nature (for example, increasing wellbeing or reducing anxiety). They might also be epistemic in nature, and have to do with the attainment of true beliefs about ourselves or the world. Epistemologists have identified different notions of epistemic attainment, and different senses in which one can fail epistemically by being doxastically irrational.

Agents’ behaviour may be assessed negatively when it fails to satisfy the epistemic goals above, or other epistemic goals such as attaining beliefs that encourage exchange of information with other agents, or developing an intellectual virtue such as curiosity or honesty. But there are other reasons why a behaviour may be negatively assessed, for instance by failing to fulfill other types of goals (pragmatic or psychological). Sometimes, an instance of behaviour can succeed at fulfilling some goals and fail to fulfil others. Furthermore, new costs and benefits may emerge when the behaviour in question is assessed in the context of groups to which the agent belongs, rather than simply at the individual level.

In the paper, we argue for the need for an analysis that is sensitive to the multiplicity of goals of human behaviour at both the individual and group level, when assessing failures of doxastic rationality. We argue that doing so can reveal some underexplored costs, as well as benefits, that can be pragmatic, psychological, and epistemic in nature. Examples of practices that may lead to doxastic irrationality include the overconfidence bias, biases about one’s own and other social group(s), and optimistically biased beliefs about the self.


For instance, Stammers argues that at the level of the individual intergroup biases may have some negative epistemic and practical outcomes, but can also deliver some indirect psychological benefits through raising self-esteem and enhancing psychological functioning. The intergroup bias is when we have a systematic tendency to favour members of groups to which we belong over members of groups to which we do not belong. 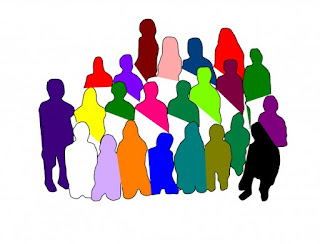 At the group level, the picture is more complex. The intergroup bias has a number of obvious societal costs, given that disfavouring people and denying their access to certain social goods on the basis of their social identity clearly violates fairness and equality. Intergroup biases can also damage social cohesion and cooperation and exacerbate intergroup conflict which can be detrimental to a well-functioning society. Further, because the intergroup bias tends to be greater in already dominant social groups with greater access to societal resources, it may exacerbate the unfair distribution of resources among non-dominant groups.

An important lesson emerging from our discussion is that any alleged benefits at the individual level represent only part of the story when trying to address the effects of doxastic irrationality. It is possible that benefits at the individual level also imply costs at the group level. This means that as long as discussions over costs and benefits of doxastic irrationality are committed to methodological individualism, their conclusions should be adequately qualified.