Stephen Gadsby is a PhD candidate in the Cognition and Philosophy lab, Monash University. His research spans a number of topics, including anorexia nervosa, body representation, delusions, psychiatric taxonomy, mental representation and predictive processing. In this post, he summarises his new paper "Self-Deception and the Second Factor: How Desire Causes Delusion in Anorexia Nervosa" recently published in Erkenntnis. 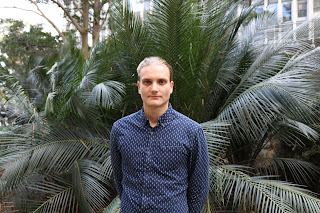 Research shows that anorexia patients don’t hold extreme body ideals, despite common misconception. Indeed, most patients are thinner than what they judge their ideal size to be. In this paper, I advance a two-factor explanation for why patients believe they haven’t yet reached their ideal size. This account attempts to answer two questions: how the content of this belief arises and why the belief is maintained in the face of contradictory evidence. Following from previous work (Gadsby 2017a; 2017b), I answer the first of these question by suggesting that patients experience their bodies as larger than reality.

By itself, however, this experience is insufficient to explain anorexia patients’ beliefs. Although they experience their bodies as larger than ideal, patients are also exposed to significant evidence suggesting the contrary: that they are (dangerously) thin. This evidence comes in a number of forms such as weight scale and clothes size readings and testimonial evidence from family, friends and clinicians attempting to convince them of their true body size. A second factor is thus needed to explain why this contradictory evidence doesn’t change their mind.

My proposal for a second factor sits within the “Friedrich-Trope-Liberman” (FTL) account of hypothesis testing. While we generally all desire to hold only true beliefs, the FTL account claims that we hold some false beliefs to be less desirable than others, and that we treat evidence accordingly. That is, individuals seek out, attend to, and interpret evidence in ways which minimise costly errors, whereby errors are false beliefs and how costly they are is determined by the negative ramifications that follow from holding them.

Consider the possibility of falsely believing “I am my ideal size”. For anorexia patients, I suggest this error is represented as significantly costly. Given the strong social element involved in patients’ drive for thinness—i.e. the desire to be seen as thin—a situation in which one wasn’t thin but believed they were would be signiﬁcantly undesirable. Such a situation would render one unwilling to amend their current state (dieting to decrease size) due to ignorance of their own body size. In contrast, the opposite error (falsely believing I am not my ideal size) may not be represented as particularly costly at all—for someone who strongly values thinness, being thinner than ideal may not be seen as particularly problematic.

According to the FTL account, then, the proposed cost inequality should bias patients’ evidence treatment in ways which avoid believing they’ve achieved their ideal size. When we turn to the relevant empirical research, this is exactly the pattern we see: patients seek out, attend to and positively interpret evidence which suggests they are overweight and avoid, ignore and explain away evidence to the contrary. As such, we arrive at an empirically plausible two-factor account of the false body size beliefs of anorexia patients: patients experience their bodies as larger than reality, and evidence from these experiences is inordinately influential in driving belief about body size.