Rolf Hvidtfeldt is postdoctoral fellow at the Humanomics Research Centre at Aalborg University in Denmark. His research is mainly focused on the philosophies of science evaluation, scientific communication, and conflicts of perspective. Currently he is working on a project focused on mapping the various ways in which research (in a broad sense) affects (in a broad sense) society at large. 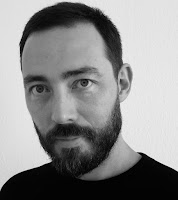 He has recently published the book The Structure of Interdisciplinary Science in which he seeks to develop a method for examining epistemic aspects of interdisciplinary collaborations. The following blogpost briefly summarises key elements of ch. 8 of this book, which is a case study picked from schizophrenia research.

In the The Structure of Interdisciplinary Science I develop a method, approach-based analysis, for studying interdisciplinary science in deep detail. Chapter 8 of the book is a case study in which this method is applied to a case of interdisciplinary research. The case in question is part of an ongoing research programme, EASE – short for Examination of Anomalous Self-Experience, in which philosophical phenomenology is combined with more traditional (psychiatric and psychopathological) approaches to schizophrenia research. The core ambition of EASE is to link schizophrenia to certain disturbances of basic structures of consciousness. Intuitively, this seems reasonable, since schizophrenia seems to involve obviously abnormal subjective experiences.

Capturing the subjective experience of what it is like to suffer from schizophrenia would certainly enrich our best representations of schizophrenia considerably. And further, if specific disturbances in structures of consciousness could be determined, and these could be shown to be causally related to symptoms of schizophrenia, this ought to attract a lot of attention in psychopathological research. There is little doubt, that such a finding would have considerable impact on future developments in psychiatric nosology and diagnostics.

On an approach-based analysis, however, it appears that there are a number of problems related to integrating the involved disciplines which are neither explicitly addressed in the case in question nor easily overcome. Some of these problems can be blamed on the participating researchers, others are due to structural issues of psychiatry, the dominant discipline in the interdisciplinary relation. If these issues were to be handled adequately, however, EASE could constitute a significant step on the way towards developing richer and more adequate representations of the class of sufferings currently labelled as ‘schizophrenia’.

The problems appear to be partly the result of attempting to integrate perspectives (or elements of perspectives) which do not readily combine. In fact, forcing the quantitative standards of psychiatry onto phenomenology appears to corrupt both. On the one hand, the qualitative data obtained through phenomenologically informed interviews are distorted almost beyond recognition in the attempt to fit these into the psychiatric framework. When processed through the interdisciplinary approach, the qualitative data are idealised to an extent that what remains bear little resemblance to their origin in “extensive, in-depth interviews”. On the other hand, perfectly sound elements of standard psychiatry, such as blinding, are either distorted or simply left out of the integrated approach.

Unfortunately, then, the reasonable aspirations of de-idealisation (i.e. restoring relevant nuances) of psychopathology (which is, indeed, heavily idealised) appear to be stopped in their tracks by the strict demands of the base discipline. Some of the requirements of psychiatry (especially regarding diagnostics and quantification) are currently not up for negotiation if one wishes to publish results in psychiatric journals. Attempts to change these aspects runs a serious risk of being considered “unscientific” and would be met with great resistance. It is thus, to a certain extent, the basic requirements of psychiatry which prevent the desired (and, indeed, highly desirable) increase in accuracy and nuance which was the aim of EASE in the first place.

An approach-based analysis reveals that at least some of the problems derive from not paying sufficient attention to difficulties specific to the integration of dissimilar approaches. I end up concluding, that these problems are particular to interdisciplinary science, and that one should expect to encounter similar difficulties when analysing other acts of disciplinary integration.