As Project PERFECT enters its fifth year, here’s a little bit about what I’ve been up to recently, and what I plan to do over the year to come. 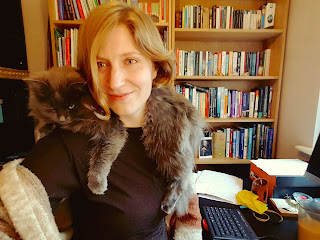 This year just gone has been our Year of Confabulation: we held our confabulation workshop in Oxford in May, where we were lucky enough to have a programme of researchers from around the world, all at the forefront of philosophical and interdisciplinary inquiry into confabulation; we also co-organised a Confabulation and Epistemic Innocence workshop with Elisabetta Lalumera at Milano-Bicocca. Our special issue on confabulation with Topoi is well underway, and we hope it will be ready for you to read in the next few months. In my own work, I’ve been investigating some under-explored benefits of confabulation, and have developed two papers on the topic this year. In one paper I argue that confabulation can have epistemic benefits because it preserves collective cognitive partnerships; whilst in another I explore the psychological and social value of imbuing our accounts with resonant meaning, as we do in confabulation and other explanation-giving behaviour.

I’ve also continued my research on implicit bias, through a co-written paper (with Andrea Polonioli and Lisa Bortolotti) in which we evaluate the epistemic costs and benefits of doxastic biases in group settings. I’ve also got a paper forthcoming in the Educational Theory special issue on “Cheating Education: The Coherence And Desirability Of Technological Human Enhancement In Educational Contexts” where I argue that the opportunity to selectively erase social biases may be beneficial given their propensity to manifest automatically in cognition; but it would also bypass an important opportunity for reflection on the upstream societal sources of bias, and so ought only to be used in conjunction with public discussion of structural injustice.

I’ve been disseminating our research findings in a number of settings beyond the university this year. I’ve been working with mental health advocacy group Mind in Camden, where I facilitated a series of philosophy workshops for Mind members (including people with lived experience; those involved in advocacy; mental health service providers and clinical practitioners) exploring themes based on project PERFECT’s research, and in particular, critically questioning the notion that there is a special kind of irrationality that is associated with mental illness and distress. You can read about some of the motivations for this project in this Daily Nous interview and here on the IC blog.

I have written up the workshop series resources, as well as a facilitator pack so that anyone (regardless of whether you have a background or experience in philosophy) can use them to facilitate a peer-led philosophy group. Mind in Camden have incorporated the materials into their training, and are also now running our philosophy workshop series in a London prison.

I’m excited to see who else will pick up the resources and find them useful. Indeed, the journey’s not over yet: at the end of term I’ll be partnering with a mental health advocacy group based in Sydney to deliver a condensed version of the workshop series, and to encourage the founding of further philosophy groups in mental health contexts over there.

As well as travelling to Australia to share our work with both mental health advocates and clinicians (and speaking at the ASPP – do say hi if you’re there too!) I’ve had the opportunity to travel all over the place this year, including to Rijeka, Dublin, Utrecht and Milan, as well as across the UK, to share my work with philosophers, psychologists, clinicians and medical humanities people, which has been a real pleasure.

Looking ahead, I’m developing ideas that have come from project work on confabulation and storytelling, and am co-writing a paper with Lisa on epistemic responsibility and story-telling in the context of divisive public debates. I’m also co-writing a paper on philosophy in mental health contexts with a course participant and presenter from our philosophy workshops. Finally, I’m continuing the investigation I set out here into the continuum view of implicit attitudes. Bring on Year 5!