Mohammed Abouelleil Rashed is a Wellcome Trust ISSF Research Fellow in the Department of Philosophy, Birkbeck College, University of London; and a Visiting Lecturer in Philosophy at King's College London. He studied medicine at Cairo University Medical School, then trained in psychiatry in London on the Guy's, King's College, and St. Thomas' Hospitals training scheme. He gained a PhD in Philosophy from University College London in 2012, and is now a full-time researcher. 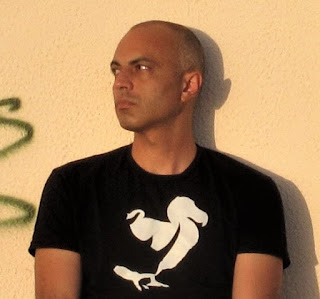 Sophie Stammers: Welcome to the Imperfect Cognitions blog, Mohammed! Thank you so much for coming on board to tell us more about your work. As readers will see from the bio above, you trained as a medical doctor, with postgraduate training in psychiatry, and have clinical experience in this area, as well as pursuing research in the philosophy of mental health. How did you become interested in philosophy?

Mohammed Abouelleil Rashed: Thank you, Sophie. I became interested in philosophy during my fourth year at medical school at Cairo University. I had come across Leo Tolstoy’s A Confession – a short autobiography where Tolstoy, then in his early 50s, reflected on his life during what we would now refer to as an existential crisis. Tolstoy questioned the value of his accomplishments and the meaning of his life, and reflected on ambition and faith, and this, mind you, was at the height of his success: he had published War and Peace a decade before and Anna Karenina just three years earlier. The book had a significant impact on me, especially that I was going through my own dissatisfaction with some of the givens in my life, and with medicine and with medical education, in particular with rote learning and the lack of critical thinking. A Confession introduced me to some of the big philosophical questions, which I then began to read about. In this sense, philosophy, for me at the time, was as much an intellectual as a personal exploration. A few years later during my psychiatric training in London, my philosophical knowledge found a natural home in reflecting on psychiatry and mental health, and I developed my knowledge further by studying philosophy of mental disorder at King’s College London with Derek Bolton.

SS: How does your clinical experience inform your current research?

MAR: Even though I no longer practice psychiatry, my previous clinical experience is central to my philosophical work both in terms of providing knowledge of mental health phenomena, as well as defining the concerns underlying my research. For example, during my time on the acute wards, rehabilitation units, and outpatient clinics of South London, I had the privilege of witnessing people’s accounts of their lives and their experiences; their detailed descriptions of ‘paranoia’, ‘passivity experiences’, ‘auditory hallucinations’, and other phenomena conveyed to me the richness of these experiences, how much they mattered to people, and the terror that often accompanied them. I was also able to see that while people do suffer cognitive and emotional challenges severe enough to require intensive support, the environment of mental health units and the narratives and therapeutic resources of psychiatry as a medical specialty were not always sufficient, and in some cases were clearly inadequate and even harmful, as a way of responding to these challenges.


SS: A main theme of your research addresses whether we can distinguish in a principled way between aspects of human suffering and experience that are legitimate targets for medical responses, and those which are not. Can you tell us more about your findings in this area?

MAR: As you know, there’s a lively debate on the concept of mental disorder in the philosophy and psychiatry literature. Part of the rationale for this debate is that if we can define mental disorder in a way that excludes values (at least in part), then we would be able to identify the appropriate domain of psychiatry and respond to the ongoing accusations that psychiatry medicalizes various aspects of life. The debate will no doubt continue, but I find that, so far, attempts to define a value-free concept of mental disorder have not been successful. That is not in itself an argument for a normative conception of mental health, but it certainly offers the occasion to consider what follows if we were to adopt such a conception. This is something I have explored in my work, for example Can Psychiatry Distinguish Social Deviance from Mental Disorder? (2014, with Rachel Bingham), and In Defence of Madness (2018) where I argue against the view that certain mental health phenomena are intrinsically disabling. I do so by defending a normative view on disability judgements and by demonstrating how we can apply the social model of disability to variations in mental function.

A normative conception of mental health also brings to light the many influences on the boundary problem, which is the problem you referred to in your question: what aspects of human suffering and experience are legitimate targets for medical concepts and responses? Once we are no longer limited by the project of seeking a purely scientific concept of mental disorder, a range of factors become relevant to this question including political, ethical, social, and cultural factors. Over a number of publications I have spent some time thinking about cultural influences on the boundary problem and the domain of healthcare. But it was only with my latest project on madness and recognition that I engaged with the most significant challenge yet to the boundary problem.

SS: Can you tell us about your research on madness and recognition?

MAR: For the past few years I have been working on my book Madness & the Demand for Recognition: A Philosophical Inquiry into Identity & Mental Health Activism. It will be coming out with Oxford University Press in February 2019. The book examines Mad Pride activism where some activists reject the concepts of mental disorder and mental illness. A key move is to reclaim the terms that for too long have been used to disqualify people and to replace the negative connotations of those terms with more positive understandings, hence constructions such as Mad culture and Mad identity. One of the most significant aspects of this kind of activism is that it is accompanied by a demand for recognition. In keeping with other social movements that have campaigned for respect and rights based on a shared identity, Mad activism seeks to change the dominant professional and social view of madness as a disorder of the mind. In the book I formulate three questions that I consider fundamental to the inquiry, and I work my way through them: Can madness be grounds for identity? Does the demand for recognition possess normative force? How should society respond to this demand? To address these questions, I engage with a range of literatures that have not been sufficiently recognized in philosophy and psychiatry: the activist literature, disability studies, mad studies, and the wide-ranging philosophical literature on the concepts, theories, and politics of identity and recognition.

SS: Now that you have completed your book, what are your future research plans?

MAR: My new project, which I am starting in my current position at Birkbeck, follows from my work on madness and recognition. As I conclude in the book, we should endeavour to approach Mad activism with an attitude of reconciliation, by which I mean the acknowledgment that other people’s ability to find their identity validated in the social world matters as much as one’s own. Adopting such an attitude is only the first step. For we would still have a range of interactions where radically opposed narratives are playing out. On one hand are the narratives advanced by activists of their experiences and situation, and on the other are social and professional understandings of those experiences or conditions. For these interactions to be able to achieve an outcome of reconciliation, it is necessary that they yield a shared account, or at least be structured in such a way that can, in principle, lead to such an account. It’s still early days, but I am very much looking forward to making progress here.

You can visit Mohammed’s personal website here, his department page here, read his blog here, find him on Researchgate here, and Academia.edu here.
Posted by Sophie Stammers at 08:00