This post has been written by Dariusz Galasiński, who is Professor at the University of Wolverhampton and Visiting Professor at the Uniwersytet SPWS in Warsaw. He is a linguist interested in psychiatry and psychology and their discourses. He blogs here. In this post, he presents his new book on discursive constructions of the suicide process. 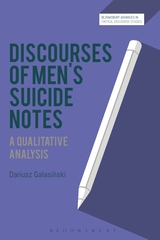 My book is founded on a contradiction. Suicide and masculinity do not and cannot sit together easily. Suicide is stigmatised, and people who killed themselves are often thought to be weak and cowardly. Masculinity is anything but this. Its dominant model constructs men as strong ‘masters of the universe’. My book explores a number of resulting paradoxes.

Even though suicide brings an end to a person’s life, the notes constructed it as non-final. Promises of continuing love, or meeting in the future were put together with friends’ brief farewells. Moreover, many notes were written from the future perspective, i.e. in time when the writing person is already dead. Life continues in the notes.

2. Paradoxically, the authors of the notes do not write as men. Masculinity was consistently diluted by being a husband/partner or a father. At the same time, however, it is the dominant model of masculinity which allows men to adopt speaking positions from which to issue sometimes very direct and brusque instructions. Moreover, the men position themselves as present in their families' lives also after killing themselves.

3. The note itself is invariably represented as special, and yet, can we imagine a more dramatic and special message? And while suicide is constructed to be rational, the notes are represented as difficult to write. You could argue that it is the construction of the note itself which shows suicide as, shall I say, 'it really is'.

In the book, I also make two points which are polemical with the dominant view of suicide notes in suicidology. First, suicide notes are not personal, or ultrapersonal, as is argued by Antoon Leenaars. Suicide notes are written to be read. Some addressees are prosecutors, police, employers, banks, insurers, bosses, or priests. In fact, there is much evidence that authors of farewell letters are aware that their notes will be read in institutional contexts, also by people they are not addressed to. If anything, suicide notes should be taken to be semi-public texts.

There is also no reason to assume suicide notes are simply honest and sincere. At least some might well be deceptive, manipulative, or at least strategic. The suicide note might (and I stress ‘might’) be the last opportunity to take revenge. Just because a man is about to take his life, all ulterior motives do not disappear. And given the number of notes confessing eternal love and stressing inability to live without it, it seems that at least there is a context for it.

And so, at its most general, the point I make in this book is that it is impossible to see suicide notes as uniform homogenous documents which smoothly describe the reality of their authors. In fact, they pull in many directions underpinned both by the social stigma levied upon suicide and the dominant model of masculinity in which the writing men seem to be submerged. There is also little doubt, I think, that suicide notes must be seen as constructive of lived experience of suicide. 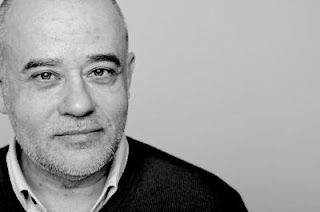