The Subjective Structure of Thought Insertion

Pablo López-Silva is a Reader in Philosophical Psychology at the Faculty of Medicine of the Universidad de Valparaíso in Chile. He is the leading researcher of the FONDECYT project ‘The Agentive Architecture of Human Thought’ granted by the National Commission for Scientific and Technological Research (CONICYT) of the Government of Chile.

His current research focuses on cognitive phenomenology, attributions of mental agency, and delusions. In this post, he summarizes his new paper titled ‘Mapping the Psychotic Mind’ recently published in the Psychiatric Quarterly. 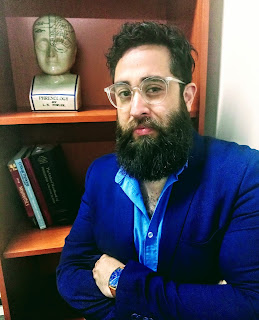 Thought insertion – TI henceforth – is regarded as one of the most complex symptoms of psychosis. People suffering from TI report that external human and non-human agents have inserted thoughts or ideas into their minds. Over the last years, the enigmatic nature of TI reports has become target of a number of phenomenological, empirical, and conceptual debates. In fact, TI has been used as a good excuse to debate about the nature of delusions, the nature of psychiatric reports, the nature of the self, self-consciousness, the adaptive role of beliefs, the principle of immunity to error through misidentification, among many other issues.

However, three problems underlie these discussions.

First, a little amount of clinical reports is used to make a plethora of – sometimes contradictory - claims about the nature of human mind, and in consequence, the symptom itself tends to be trivialized, and sometimes, even depathologized!

Second, the lack of careful treatment of the available reports do not help to clarify what a good theory of TI is meant to explain, this, because the main subjective features of TI have not been well clarified.

Third, TI is always reported as preceded by a period of general alterations in the way patients encounter their internal and external realities, and such data has been largely neglected by researchers trying to explain the phenomenon. In this paper, I engage with these three problems.

In the paper, I offer two new cases of TI and describe in depth the period that precedes conscious emergence of TI. I think that explanatory theories of TI should certainly take this period into consideration when approaching the aetiology of the symptom. Next, I clarify the main subjective features of TI in order specify the explananda for a plausible comprehensive theory of TI. Finally, I describe some of the most fundamental conceptual issues surrounding the conscious occurrence of TI as a way of mapping the many possibilities of research that its exploration opens.

As its name says it, 'Mapping the Psychotic Mind' is meant to act as a map of the debate on TI stablishing a clear starting point for philosophers and clinicians trying to understand and explain this complex phenomenon. I hope you can enrich these discussions by bringing new conceptual, phenomenological, and empirical inputs!