How We Understand Others

The principal goal of her research is to construct a philosophically and empirically plausible account of social cognition. She also has research interests in imagination, pretense, and action theory. Here she introduces her new book, “How We Understand Others: Philosophy and Social Cognition”. 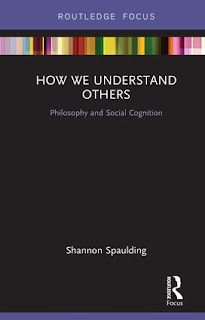 A question that has long interested me is how we understand others – that is, what are the cognitive processes that underlie successful social understanding and interaction – and what happens when we misunderstand others. In philosophy and the cognitive sciences, the orthodox view is that understanding and interacting with others is partly underwritten by mindreading, the capacity to make sense of intentional behavior in terms of mental states.

On this view, successful social interaction often involves understanding what others are thinking and what they are trying to achieve. In our ordinary social interactions, we attribute beliefs, desires, emotions, and intentions to people to make sense of their behavior, and on the basis of that we predict what they are likely to do next.

In this book, I argue that mindreading is an important tool in our folk psychological toolkit. But, I argue, mindreading is not as simple, uniform, or accurate as the orthodox view portrays it to be. The philosophical literature on mindreading suggests that neurotypical adult humans rarely make mindreading mistakes, that competent mindreaders all pretty much agree on the mentalistic explanations and predictions we infer, and all there really is to mindreading is attributing a belief, desire, or intention and explaining and predicting behavior.

Rather, my claim is that the input, processing, and output of mindreading all vary along many dimensions, which makes constructing an empirically adequate account of mindreading significantly more challenging than typically recognized. The overarching theme of the book is that mindreading is much more complex, messy, interesting, and relevant to other debates than philosophers have acknowledged.

There are two particularly important dimensions of complexity for mindreading: the input and output of mindreading. Philosophical accounts of mindreading for the most part do not discuss the input into mindreading mechanisms. Discussions of mindreading rarely concern how social categorization (rapidly, spontaneously classifying individuals by their age, race, gender, and other categories), stereotypes, social biases, and situational context influence how we interpret social behavior.

Although there is good reason to think that belief attribution is a significant cognitive achievement, and there’s an interesting history of how belief attribution came to dominate philosophical discussion of social cognition, the result of this fixation on belief is that philosophical discussions neglect other important aspects of social interaction, such as attributing various kinds of mental states in order to influence others (mindshaping), to enforce social and moral norms (regulative folk psychology), to confirm our worldview, protect in-group members, and, in cases of competition or threat, vilify an outgroup member.


Furthermore, in many contexts accuracy is not our primary goal. We may have different primary goals, such as efficiency, confirming our preexisting ideas, validating our self-worth, manipulating others, etc. These different goals bring about various strategies for mindreading and generate different types of explanations of social behavior, which are relatively unexplored by current theories of mindreading. I discuss how our goals influence stereotype activation, the mindreading approaches we employ in social interactions, how differently we approach mindreading in-group and out-group members, and how reliable these various strategies are.

Briefly, Model Theory holds that we deploy folk psychological models of other agents in order understand, predict, manipulate, or interact with them. These models can be fairly schematic or quite detailed, depending on who the target is and our goals in the interaction, and we can deploy these models for various purposes, e.g., making accurate predictions when a lot hangs on getting it right, categorizing behavior in terms of familiar social norms or stereotypes, moralizing, manipulating, etc. 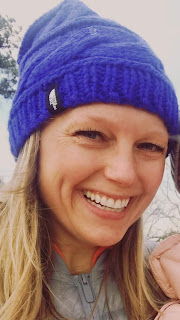