This post is by Jennifer Radden, Professor Emerita of Philosophy at the University of Massachusetts Boston. Here, she discusses some of the ideas in and related to her paper “Rethinking Disease in Psychiatry: Disease Models and the Medical Imaginary” recently published in the Journal of Evaluation in Clinical Practice. 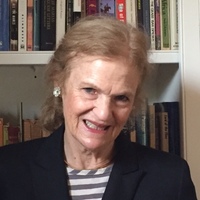 My philosophical research on the understanding, care and implications of mental disorder reflects an abiding interest in medical history. (Recent monographs with this focus include The Nature of Melancholy (2000), On Delusion (2011), and Melancholic Habits: Burton’s Anatomy for the Mind Sciences (2017).)

The era during which asylum-keepers were gradually being replaced by newly professional and medically scientific alienists, using observations from the asylum to consolidate ideas about a class of distinctly mental diseases, offer us intriguing hints about how to understand mental disorder today.

Salient for my paper about the medical imaginary is the sheer range of separate, or at least apparently separable, disorders represented in nineteenth century asylums and clinics: the brain damaged and diseased alongside those diagnosed with “hysterical” (or, as they later came to be known, “functional”) syndromes, including the ubiquitous “melancholia,” the origin of whose symptoms would prove more elusive.

And with their similar symptom profiles, melancholy (or melancholia) and late-stage syphilis are drawn from that historical setting to support my claims about a comparison so apparently indisputable that it likely directed the emergence of (much of) today’s diagnostic psychiatry.

My thesis here is that these symptomatic similarities seem to illustrate, but also explain, the power of an analogy with particularly far-reaching and consequential effects. German pathologists uncovered the mystery of the long-dormant spirochete causing psychological symptoms in syphilis. After that, early alienists and classifiers, already hospitable to a reductionist physicalism, could not have failed to suppose that like syphilis, melancholia must eventually prove to be a disease on the model of a single underlying organic cause responsible for more readily observable symptoms. Because of the symptomatic similarities, such analogical reasoning would have been well nigh irresistible.

Why “imaginary”? Since writing that paper I have discovered the phrase “imaginal mind” and wonder if a less misleading title might have spoken of the medical imaginal, rather than imaginary, to distance what I meant from any suggestion of imaginary in the sense of unreal or untrue. But since I didn’t know about imaginality then, let me try and explain my use of “imaginary.”

When we speak of analogies as “false,” we refer to those that are not persuasive, are implausible, unconvincing or un-compelling; analogies don’t possess actual truth value. Instead, they involve assumptions, expectations, and other, often tacit, framings that direct us to first see similarities, and then to embrace them (or not).

Our response is one that’s neither entirely emotional nor strictly reasoned - and sometimes, it’s prompted by sheer accidents of cultural history. With the analogies that guided how mental disorders came to be understood, I’m trying to illustrate, one of these extra considerations is a confluence of nineteenth century events that provided medical psychiatry with an almost irresistibly compelling way of seeing every and any mental disorder, serving to exclude all other possibilities.

The imaginative/imaginal lock on this way of seeing mental “diseases” contrasts with more relaxed depictions of melancholy from earlier centuries, illustrated here using Burton’s summations of past lore in the Anatomy of Melancholy.

And in our present day, it begins to loosen only recently, with developments such as network models, and the questioning of categorical approaches to disorder – each of which, I conjecture, has finally allowed us to glimpse mental diseases in ways more reminiscent of the ideas from much of the pre-nineteenth century era.