Wesley Buckwalter is an incoming Presidential Fellow and permanent faculty member at the University of Manchester. In this post, he discusses his paper “Mind-Brain Dichotomy, Mental Disorder, and Theory of Mind” recently published in Erkenntnis. 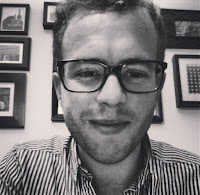 Stigmatization of mental illness is widespread. Misunderstanding, bias, and discrimination associated with mental health concerns pervade even our closest interpersonal relationships, continue despite educational background or medical training, and create major obstacles to treatment and recovery within our health care system. It is essential to understand this stigma and its origins to prevent these negative outcomes.

As surprising at it may at first sound, some misconceptions about mental health are thought to stem from a centuries-old philosophical theory about the mind. According to this theory, often labeled the “dualist approach” to psychiatry, the mind is essentially distinct in kind from other physical systems.

In one set of studies researchers consistently found that others are judged much more blameworthy for behaviors when they follow from mental disorders than physical disorders. For example, researchers found that breaking a promise is judged much less harshly when the excuse involved a physical reason, like complications from a car accident, than a psychological reason, like suffering from serious depression.

Other researchers found that even highly trained medical professionals display similar effects when evaluating clinical vignettes. Patients displaying symptoms perceived as more psychologically determined were regarded as more blameworthy, in greater control of, and more responsible for their behaviors than when symptoms were seen as biologically determined.

Why does the tendency to reason dualistically about mental health concerns in these ways appear to be so widespread, so persistent, and run so deep? This paper proposes a hypothesis to answer this question. According to this hypothesis, it is a by-product of theory of mind, the fundamental folk psychological system we rely on to represent the beliefs, desires, and other mental states of others. To support this hypothesis and to understand its mechanisms of action, this paper draws on two recently discovered aspects of how this system works, focusing specifically on representations of belief.

The first recent discovery involves the doxastic conception of mental disorders. This research demonstrates that folk psychology unambiguously represents some mental disorders, such as those involving monothematic delusions like Capgras and Fregoli delusion, for instance, in terms of stereotypical beliefs. In the case of Capgras delusion, for example, participants strongly attributed the belief to a patient, consistent with that disorder, that their loved one has been replaced by an imposter. In other words, the results show that people think that delusional patients believe the content of their delusions.

The second recent discovery is that folk psychology strongly countenances voluntarism about belief. Across several experiments, researchers discovered that belief attribution is strongly influenced by a protagonist’s professed choice to believe or refuse to believe a proposition. This effect persisted even after controlling for the level of evidence that the person had that the beliefs in question were true or false. The research also demonstrated that the strength of an agent’s willpower significantly affects whether people agree that the person can believe voluntarily. These effects suggest that folk psychology posits a strong connection between willful control and belief.

Namely, the system encourages the representation of mental disorders and their content in terms of mental states, such as beliefs, and considers such states to be voluntarily controllable. This, in turn, explains why mental disorders, disordered thinking, and maybe even associated behavior are viewed as voluntary and drives a wedge between it and physical disorders or illnesses, which are not typically perceived as voluntary or controllable.

In the future, I hope to test this hypothesis more directly and to study how understanding these underlying features of the folk psychological system could be used to mitigate mental health stigma in a more lasting way than previous attempts.