Şerife Tekin is an Assistant Professor of Philosophy at the University of Texas at San Antonio. Her research program in philosophy of science and mind aims to enhance psychiatric epistemology by developing methods for supplementing the existing scientific literature with a philosophical study of the first-person accounts of those with mental illness.

She draws on the scientific literature on mental illness, philosophical literature on the self, and the ethics literature on what contributes to human flourishing to facilitate the expansion of psychiatric knowledge that will ultimately yield to effective treatments of mental illness. Here she discusses her article, “Brain Mechanisms and the Disease Model of Addiction: Is it the Whole Story of the Addicted Self? A Philosophical-Skeptical Perspective,” which recently appeared in the Routledge Handbook of Philosophy and Science of Addiction. 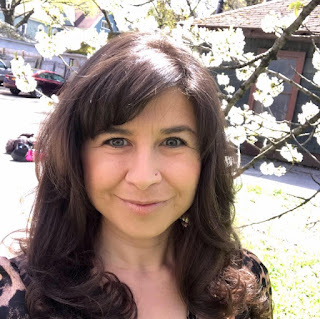 In my chapter in this anthology, which brings together cutting-edge work on the scientific and clinical research on addiction and various philosophical puzzles pertaining to addiction, I take issue with the disease model of addiction that construes addiction merely as a problem of the “broken brain.” I defend that self or person models of addiction are more resourceful for enhancing research on the mechanisms of addiction and developing effective interventions.

Reductionism exists on a spectrum (Schaffner 2013). On the one extreme, human phenomena “are nothing but aggregates of physicochemical entities,” a view labeled “sweeping reductionism” (Schaffner 2013: 1003). For “sweeping” reductionists, “there is a theory of everything” and “there is nothing but those basic elements—for example, a very powerful biological theory that explains all of psychology and psychiatry” (ibid).

Contemporary scientific and philosophical debates on addiction circle, broadly, around two models. In the brain disease model drug use begins as a voluntary behavior, “but when that switch is thrown, the individual moves into the state of addiction, characterized by compulsive drug seeking and use” (Leshner 1997: 46).

The brain disease model promotes cellular-level understanding, individuating the addict merely as a biological organism. It takes seriously recent advances in brain imaging methods and the increased sophistication in the neuroscientific modeling of the brain’s reward system—the mesolimbic dopamine system—and promotes pharmaceuticals to target and rebalance the chemical anomalies in it.

An important limitation of the brain disease model of addiction is its apparent lack of focus on the complexity and multi-aspectuality of the lives of individuals with addiction, despite its commitment to develop clinically effective strategies for recovery (Tekin, Flanagan, Graham 2017). A case in point is the National Institute of Mental Health (NIMH)’s Research and Domain Criteria (RDoC) initiative, i.e., its development of an alternative to the DSM-5 in guiding research for mental disorders. It does not fund research projects unless they explicitly analyze the neurobiology of mental disorder. It encourages research programs that advance initiatives to find pharmaceuticals to target and rebalance the neurobiological breakdown in the brain. An exclusive focus on the neurobiology of addiction discourages alternative initiatives, including, for instance, research into the relationship between homelessness and addiction or intervention strategies involving housing programs for the homeless.

On the other hand, the self or the person model understands individuals with substance abuse disorder as a person or intentional system (Dennett 1971; Tekin in press) who acts according to beliefs and desires and responds to complex historical, environmental, and interpersonal aspects of life. It differs from the brain disease model in a fundamental way: the target of inquiry is the self or the person or the intentional system (Dennett 1971), not just the brain. It points to the personal-socio-cultural markers of addiction and promotes social, psychological, and behavioral intervention strategies e.g., encouraging the addict to change the interpersonal environment that triggers and perpetuates addictive behavior, to receive intensive psychotherapy and so on.

The model of the self I develop in this chapter fits into a creeping reductionist framework, with myriad advantages for psychiatry. Such a model enhances, for instance, etiological psychiatric research using an interventionist account of causality (Woodward 2003), as recently applied by Kenneth Kendler (2014). In the interventionist account, factors that are “difference makers” are causal in the development of a phenomenon, for example, addiction. As one goal of psychiatric research is to unpack the risk factors, i.e., the difference makers (Kendler 2014), researchers into mental disorders, may be well advised to take a closer look at the different aspects of the self. If, for instance, empirical data show variations in the socio-economic status of the community are directly associated with variations in the risk of addiction, we can develop interventions e.g., increasing social capital in neighborhoods through community interventions.

Another virtue of the self model is that it transcends the non-conclusive debate about the relative values of explanations in psychiatry grounded in the biological sciences versus those in the psychological and social sciences. The self model, because it encourages research from cellular and molecular levels to cognitive, personal, and social levels, promises substantial scientific progress in clarifying the etiology of psychiatric illness by working at diverse levels and dimensions. It promotes multiple complementary research programs in psychiatry.


Şerife’s co-edited a textbook in philosophy of psychiatry (with Robyn Bluhm) The Bloomsbury Companion for Philosophy of Psychiatry, is forthcoming in 2019. Şerife is also the co-editor (with Jeffrey Poland) of Extraordinary Science and Psychiatry: Responses to the Crisis in Mental Health Research (MIT Press, 2017).
Posted by Sophie Stammers at 08:00