Australasian Society for Philosophy and Psychology 2018 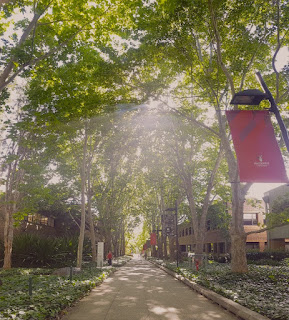 The Australasian Society for Philosophy and Psychology formed in 2017, with the aim to “promote interaction in Australasia among philosophers and psychologists, broadly construed to include anyone interested in scientific study of the mind”. The ASPP held their inaugural conference at Macquarie University in December 2018, and I was lucky enough to go along. Here’s a little of what I learned there... 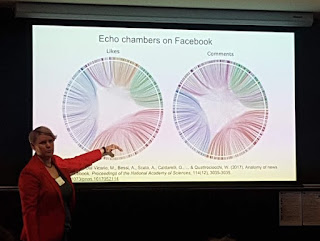 If you’ve ever been perplexed by the prevalence of a viewpoint or political stance that you don’t share, then you might be wondering: how do we step outside of the epistemic echo chambers in which we find ourselves in our increasingly online world? Kate Devitt and her team at Queensland University of Technology are on the case.

Inspired by the finding that increasing the number and diversity of hypotheses considered can improve decision making, particularly in an organisational and strategic setting, Kate and her team have built an interactive platform which encourages people to increase the number and diversity of ideas they considered before adopting a stance on an issue. The platform BetterBeliefs (which you can - and should – try out right after you’ve finished reading this…) links hypotheses to evidence (e.g. news articles or technical updates), which users can vote up or down producing a ‘Degree of Belief’ metric that indicates the likelihood a hypothesis is true given user belief in it.


Can BetterBeliefs reduce echo chambers? Kate maintains that it at least detects echo chambers people tend to interact with and favoured hypotheses within their own groups, enabling decisions makers to see if organisational belief in a hypothesis aligns with evidence for or against it, increasing the likelihood of making justified decisions. 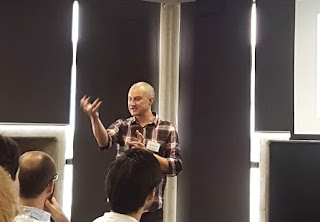 Michael Richardson (Macquarie University) explored the significance of symmetry in nature (and, more importantly, when such symmetries are broken) to our understanding of a number of fundamental concepts in both philosophy of mind and cognitive science. Michael argued that symmetry is integral to defining the physical constants as well as features of fundamental particles, and that entropy can be understood as a progression towards symmetry.

Meanwhile, we can also observe “symmetry-breaking” effects in nature, which can lead to more ordered forms. For Michael this notion of symmetry-breaking is integral to understanding the development of organismic form, as well as to the more complex processes ongoing in animal and human activity, such as perception, action and cognition. The key to that elusive “unified theory” drawing together physical, biological and cognitive phenomena therefore lies in investigating the processes which give rise to symmetry-breaking. 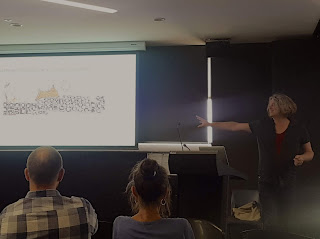 What can archaeology tell us about the evolution of personal memory? John Sutton argued that some of the rich forms and features of personal narrative memory developed fairly late – in particular, after language, and alongside the emergence of the large, stable settlements of the Neolithic.

John drew on discoveries made from digs at the site of Çatalhöyük, a large Neolithic city in southern Anatolia (Turkey), to explore the hypothesis that the with the emergence of these sorts of settlements came new demands on tracking events and commitments over time, evident in the kind of artefacts left behind. He maintained that personal memory did not evolve by way of a single dedicated faculty, but was assembled through a process of cultural evolution, in sync with specific cultural practices and the use of external resources, from use of the land and surroundings, to artefacts that only appeared with the emergence of larger settlements like Çatalhöyük. 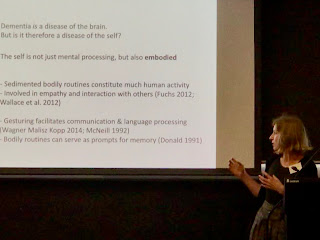 How do the stories that carers tell about dementia affect the experiences of loved ones with dementia? Can we use storytelling as a tool to improve the wellbeing of people with dementia? This is what I was interested in exploring at ASPP2018.

The stories that we tell about loved ones do not only enable us to interpret meaning and significance in our interactions, they are also prescriptive, in that the meaning we find in our stories goes on to shape our future interactions. This is important when we consider a prevalent dementia narrative – the “empty shell” – the idea that because dementia is a disease of the brain, involving cognitive decline, it is therefore also a disease of the self.

Drawing on analysis of stories told in a variety of carer support groups, I suggest that the empty shell narrative has an undeserved prevalence in our personal stories, and emphasis on it disguises important embodied aspects of the self which dementia does not degrade. I explored whether encouraging people to recognise and emphasise these preserved embodied aspects of selfhood in their stories and interpretations can actually improve both the wellbeing and epistemic standing of loved ones living with the disease. 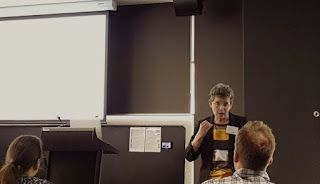 Finally, where do you store memories of dance moves learned long ago, and do you need to do particular things with your body to retrieve and act upon those memories? This question was posed by Kate Stevens and her team at Western Sydney University, in collaboration with a group of professional contemporary dancers from Australian Dance Theatre. Together, they designed an experiment to investigate, having dancers recall moves performed up to 30 years ago through either bodily recall (i.e. attempting the dance itself!) or through manipulation of a mannequin.

Researchers also added a social and collaborative element, in which dancers challenged each other to recall particularly difficult excerpts. They discovered that embodied, distributed and social factors play a role in acquiring, creating, and reproducing dance moves. Indeed, the social and relational aspects of learning and improvising new movements were integral to recall of those movements later.

This result was a comfort to me, having recently discovered at a friend’s party that I somehow recall the dance moves to an S Club 7 song learned two decades ago - at least I can partly blame the presence of my friends for this abominable achievement.
Posted by Sophie Stammers at 08:00