Have you ever explained something that you believe or that you've done in a way that felt appropriate and meaningful at the time, but which, on reflection, you might have realized was a little…well…made up? You’re not alone! 'Confabulation', first studied in the context of psychiatric disorders featuring severe memory impairments (known as narrow confabulation) can also be seen as a more general tendency people have to provide explanations for their choices and attitudes (broad confabulation). Common to the two notions of confabulation is that whilst the teller does not intend to deceive their audience, the explanation given is not grounded in reality, and is usually false. 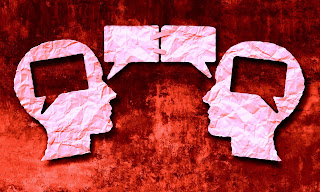 This week marks the first in a series of Tuesday research posts covering our forthcoming special issue “Philosophical Perspectives on Confabulation” in the journal Topoi. Last year, we had the pleasure of hosting and co-organising a series of workshops dedicated to the topic, its relation to the notion of epistemic innocence, and interdisciplinary investigations in clinical and non-clinical contexts (read more here and here).

From these, we noticed a number of newly emerging research themes, and so Lisa and I seized the opportunity to put together an open-call special issue dedicated to new philosophical perspectives on confabulation which attracted high quality submissions from authors who had participated in our workshops, as well as those who hadn’t, but who are also working in the area.

Over the next few weeks, we'll be introducing each paper in the issue with a short research post every Tuesday. Here's a little taster of what you can expect...

Does confabulation constitute a failure to know something important about oneself? Leon de Bruin and Derek Strijbos question whether there is a threat to first-person authority, and argue that even on folk-psychological understandings of the mind, expectations of perfect alignment between how we act and what we say about our actions are unrealistic. More relevant is our capacity for self-regulation: the extent to which we are able to bridge gaps by aligning our self-ascriptions with our actions and vice-versa. Joshua Bergamin argues that confabulation is tied up with an interpretive faculty essential to understanding ourselves and our world, but that overactivity of this faculty can lead to our narratives becoming extremely dissociated from reality. This gives us an insight into schizotype-spectrum disorders.

Do confabulation and its related mechanisms bring any benefits? Marianna Bergamaschi Ganapini argues that confabulations provide (putative) normative reasons for why such action should be taken and which (allegedly) justify acting that way in the future. She holds that confabulations are produced by our general argumentative reasoning mechanism, which functions to prepare us to be better at communication amongst our peers, and has the benefit of enabling us to project an image of ourselves as normative, rational agents, which can enhance our reputation and allow us to influence others.

Meanwhile, I argue that humans have a tendency to imbue everyday explanations with resonant themes, which render our experiences meaningful, bringing important social and psychological benefits. I think that confabulations in dementia which emphasise socially important meanings should be seen as continuous with non-clinical confabulation, and with everyday explanation-giving behaviour in general: such behaviour is replete with attempts to emphasise socially resonant meanings.

Our final three papers explore some further applications of the notion of confabulation. Anna Ichino explores the relationship between confabulation and superstitious attitudes, and suggests that because these share some core features, they can be explained by appealing to the same psychological mechanisms. She holds that the best way to make sense of the functional characteristics of the relevant attitudes is to regard them as non-doxastic, and considers the various implications of this result both for philosophy and for the cognitive sciences.

Anneli Jefferson compares broad confabulations and rationalizations, in which we tend to present what we do as more acceptable than it actually is. She argues that rationalizations are instances of motivated cognition which produce justifications of behavior (but there can be crossover with confabulation). She advocates caution over the benefits of these cognitions, suggesting that rationalizing moral behavior can lead us to gradually revise our judgement about what is morally acceptable, and that we may become less able to recognize problematic behavior.

Andrew Spear explores confabulation in the context of gaslighting, and suggests that there are no epistemic benefits in these cases. The effect on perpetrators is that they seemingly obtain evidence for their victims’ epistemic failures and against the legitimacy of the victims’ resistance to the gaslighting; and the effect on victims is that their epistemic self-doubt, for which there is no good justification, intensifies. Spear demonstrates how this result can help us better understand when confabulations will meet the conditions for epistemic innocence.

Stay tuned for some more in depth summaries and links to the papers over the coming weeks!
Posted by Sophie Stammers at 08:00