Our series of blog posts on new research on confabulation continues.

In this blog post Anneli Jefferson summarises her contribution to the special issue of Topoi on Confabulation guest edited by Sophie Stammers and Lisa Bortolotti. In her paper (available open access), she shows the costs and benefits of everyday confabulation and rationalisation for moral conduct and judgment. Anneli focuses on everyday-confabulations and rationalisations that give explanations and justifications in terms of moral motivations. 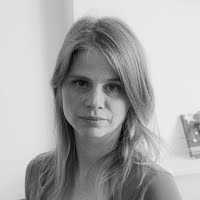 I understand everyday confabulations as a response to ignorance of our motives for actions, when we confabulate, we aim to explain to ourselves and to others why we did what we did. Rationalisations, on the other hand, aim to give justifications for our actions, showing that what we did was morally permissible or even morally required.

We can justify actions without explaining them, for example by saying that what we did was morally desirable, without claiming that moral desirability was the motive out of which we did what we did. However, in some cases confabulation and justification coincide, when we give an inaccurate but sincere explanation for our action that also provides a moral justification. The reasons our actual motives are inaccessible to us may be cognitive or motivational.

One example of a confabulation which also counts as a justification is a case where I ascribe the fact that I did not give money to a beggar to the belief that they would just use it to feed a drug habit. For this to be a case of confabulation, it needs to be the case that I believe my own explanation, even if the actual reason for my action was a different one, for example that it was raining and I didn’t want to get any wetter than I already was by stopping.

As has been pointed out by Summers (2017) some such inaccurate explanations of past behaviour can have positive effects, despite being inaccurate. If an agent does something morally desirable and wrongly ascribes their action to a moral motive, they may nevertheless reinforce that moral motive and make it more likely that they will act on it in future.

Drawing on work by Velleman and social psychology, I show that self-consistency and self-enhancement effects can reinforce moral behaviour, even when the initial self-ascription of moral motives is erroneous. Seeing ourselves as generous may lead us to behave generously in future, even if the initial motivation to give to someone did not, in fact, stem from generosity.

It is important to note that even when moral self-ascriptions are erroneous, there are some plausibility constraints that need to be met in order for them to have positive effects. It need not be the case that I acted from generous motives in order for the belief that I did to have positive effects. But it needs to be the case that my behaviour is such that it is consistent with the ascription of a generous motive. Otherwise, the action and the self-ascribed motive can be paired arbitrarily.

However, the very mechanisms which have positive effects can lead to immoral behaviour and distortions of moral judgment when they are used in dubious moral self-justifications. The example of giving to the beggar once again illustrates this. If someone explains and justifies their behaviour to themself and others by claiming that beggars just use the money they are given to buy drugs, or that they have brought their plight upon themselves, they will be less likely to help in future. Self-justifications which appeal to bad moral principles will licence and reinforce morally dubious behaviour.

Empirical and moral uncertainty regarding what is morally permissible or obligatory contributes to these effects, as it gives the agent more justificatory wriggle room. Thus, confabulatory instances of self-justification can precipitate slippery slope events, where moral judgment is distorted via a stepwise process of giving accounts of our own behaviour that show us in a good light.

These effects will be particularly strong in cases where self-justification and self-explanation coincide, where we believe our own self-justifications. In these cases, our self-image as people who act in certain ways in certain situations and our beliefs about what is morally right will support the line of action we have committed ourselves to. I conclude that what matters primarily is not the falsity of a self-justification involving confabulation, but the quality of the moral motive endorsed.