Our series on new research on confabulation continues, featuring summaries of the papers contributing to the special issue of Topoi guest-edited by Sophie Stammers and Lisa Bortolotti.

Today's post, the third in the series, is by Marianna Bergamaschi Ganapini. Since September 2017, she is an assistant professor of Philosophy at Union College (NY), specialized in philosophy of mind and epistemology. She received her PhD from Johns Hopkins University in 2017. 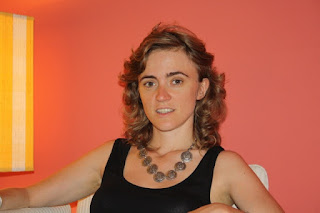 My paper “Confabulating Reasons” focuses on the confabulatory episodes connected to those mental attitudes (e.g. belief, emotion, intention) whose causes we cannot introspectively access. In the literature, the predominant view is that these confabulations track – or at least attempt to do so – the psychological causes of mental attitudes.

A related hypothesis is that these confabulations are either the result of a general cognitive mechanism that pushes us to understand the world in terms of causal relations (Coltheart, 2017), or the result of a self-directed mindreading mechanism (Carruthers, 2013).


What drives subjects to confabulate is typically a mechanism specialized in producing arguments (rather than tracking causal relations per se), namely our argumentative reasoning mechanism (Mercier and Sperber, 2011). Hence, we confabulate – instead of admitting we have or had no reason for believing or doing something – mostly as a result of our reasoning mechanism’s biological function of showingothers that we are reliable agents and informants.

It is often pointed out that confabulations are false and ill-grounded statements. Remarkably, however, those who confabulate seem to be convinced of the truth of what they claim. The argumentative view easily explains these epistemic shortcomings. The point of reasoning is to convince others and defend one’s beliefs and actions, and thus reasoning looks for reasons that univocally support the agent’s viewpoint.

The phenomenon of confabulation may reveal that we often lack knowledge of the real causes of our attitudes, but I suspect that this failure in self-knowledge is due to a more fundamental rational failure: those who confabulate are oblivious to the fact that they are offering faulty reasons to support mental attitudes for which they often lack sufficient justification to begin with.