This is the second in a series of posts featuring new research on confabulation. Today's contribution is by Kirk Michaelian (Centre for Philosophy of Memory) who summarises his paper, "Confabulation as Unreliable Imagining", for the special issue of Topoi on confabulation guest edited by Sophie Stammers and Lisa Bortolotti. 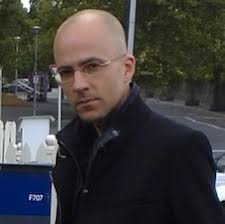 The context for my contribution to the special issue is a debate over the nature of confabulation that has been unfolding for several years now within the philosophy of memory community.

In my 2016 book, Mental Time Travel: Episodic Memory and Our Knowledge of the Personal Past, I developed and defended a simulation theory of memory. In opposition to the causal theory, the simulation theory denies that remembering an event presupposes the existence of an "appropriate" causal connection between the subject's present representation of the event and his past experience of it, maintaining, instead, that the difference between genuine and merely apparent remembering is a matter of reliability: genuine remembering is carried out by a properly functioning -- and hence reliable -- episodic construction system.

This refined simulationist account was then attacked in an article by Bernecker, who argued that it could accommodate neither the possibility of unjustified memory nor that of justified confabulation.

It also further refines the simulationist account by taking into account the role of failures of metacognitive monitoring in unsuccessful remembering. Earlier versions of the simulationist account emphasized that reliability and accuracy can come apart at the level of apparent remembering; this happens in misremembering (in which a reliable process produces an inaccurate representation) and in veridical confabulation (in which an unreliable process produces an accurate representation). The current version of the simulationist account points out that this can happen at the metacognitive level as well. A form of luck thus plays a role at two distinct levels in the production of memory errors.

The obvious next step is to consider which of the errors acknowledged by the account have been or should be subjected to empirical investigation. And there will -- the conciliatory tone of Robins' contribution to the special issue notwithstanding -- no doubt be further attacks from the causalist camp. So, while the current version of the simulationist account is an improvement over previous versions, more work remains to be done.
Posted by Lisa Bortolotti at 08:00