Today's post is by Luke Brunning (University of Birmingham). He presents his new book, Does Monogamy Work? (Thames & Hudson 2020).

Monogamy, where someone has one romantic partner at a time, is the dominant form of romantic life in our society, and most others. But why is this the case? Has monogamy always been dominant? Are there realistic alternatives to monogamy? What will the future of romantic life be different? I explore some of the questions in Does Monogamy Work? a short book for a general audience.

People often suppose monogamy is the ‘natural’ result of our biological constitution. Human babies require extensive care, so we might think we are hardwired to form monogamous ‘pair bonds.’ But the evidence for this is not conclusive. Different strategies can aid the survival of our genes, and two may favour nonmonogamous social dynamics: group care and kin support, or the prioritisation of offspring quantity over quality.
Monogamy is better thought of as a form of social organisation, which later became an ethical ideal. Marriages, which help people secure and transfer resources between groups in contexts of scarcity and uncertainty, became monogamous due to contextual pressures. Fewer wars, or better understanding of disease, equalised numbers of men and women in society, for example, or the shift away from agricultural labour, to wage labour, made larger families less tenable. It is no accident that the legal codification of monogamous marriage arose in societies like Ancient Greece and Rome which used imperial domination to maintain access to sexual slaves, therefore allowing male patricians to secure their estates while remaining sexually nonmonogamous with noncitizens. The emergence and slow evolution of Christian thinking about marriage helped entrench monogamy as a social ideal. But this was not a straightforward process. Some Christian patriarchs were polygamous, some Church Fathers thought polygamy might help Christian communities ‘be fruitful and multiply’, and many influential teachings about the value of monogamous marriage presupposed the imminent end of the world. It was not until the Middle Ages that monogamous marriage was entrenched as a spiritual and secular architype. Christian colonialization then helped export monogamous norms across the globe, often forcing them on unwilling populations as the price of ‘civilisation.’Romantic love, as we understood it, was folded into the monogamous ideal at a later date, rather than animating it from the offset. Historically, love matches were the exception. The monogamy ideal reached its heights in the USA and Europe after WWII, when people craved love and domestic security, and rebuilding economies could provide it. Since then, however, changes to social and economic organisation have increasingly pressured monogamy. Monogamy weakened as a social practice as globalisation increased worker mobility, inflation incentivised women to join the workforce, the sexual revolution delayed child-birth and catalysed sexual experimentation, and feminist thinkers challenged social norms. People began to date more, delay marriage, and divorce. At the same time, people came to want more from a romantic partnership; more experiences, self-growth, emotional resonance, and sexual satisfaction. 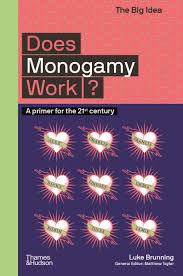 These changes encouraged some people to explore nonmonogamy as a response to the desire for more in romantic life. These experiments in living vary widely; from hierarchical forms of polyamory, to looser forms of relationship anarchy, or religious polygamy. All forms of nonmonogamy, however, can offer people greater resources and sources of fulfilment while reducing the pressure to be ‘the one’ to someone else. Recognition of these benefits has led some scholars to argue for legal reform to either abolish, or redesign, marriage to accommodate multi-partner unions and so protect the care and love found in nonmonogamous lives. Political debate over such unions may be more common in coming decades. Nonmonogamous relationships have always been critiqued: as impractical, unjust, or emotionally untenable. These critiques can be answered, or apply with equal force to modern monogamous family life; often they rely on contentious premises or an overly narrow conception of nonmonogamy. Of greater importance, is the need to attend to the ways that emerging forms of romantic life, like polyamory, might amplify existing norms we have reason to question, e.g. amatonormativity, the privileging of amorous relationships, or sex-negativity, the privileging of sexual restraint. The norms of nonmonogamous practices, of openness, clarity in communication, and so on, can also unwittingly favour ideals of individualism that reinforce potentially harmful power dynamics, or existing forms of romantic privilege concerning race, gender, and class.Does Monogamy Work? aims to destabilise our relationship to monogamy. Monogamy is one form of romantic life someone might consider, amongst others. Monogamy is not straightforwardly ‘natural’, socially inevitable, or the only route to intimate flourishing.
Posted by Lisa Bortolotti at 08:00