On January 27th 2016 delegates convened in Green Templeton College at the University of Oxford to discuss virtues and vices in evidence-based medicine. The delegates came from a variety of different fields, including nursing, medicine, sociology, policy-making and philosophy. 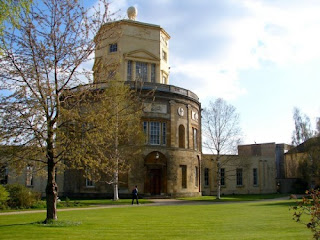 The aim of the workshop was to discuss the gap between evidence-based research and clinical practice. A large body of research has been undertaken and developed into guidelines for medical practitioners. However, there are a number of limitations to these guidelines: e.g. they fail to reflect the complex social and moral nature of healthcare, and they fail to reflect the explanatory role of cognitive mechanisms and character traits in clinical practice. These limitations to evidence-based medicine were discussed in the workshop and the talks aimed to outline strategies that could be used to ameliorate the flaws.

Iona Heath discussed professional virtues. She argued that there are two forms of thought, with different standards of correctness, which can be used in the healthcare setting. One form of thought involves rational argument, the other involves story-telling. Evidence-based medicine, she argued, focuses too heavily upon rational argument, leading the stories that are crucial to gaining a proper understanding of patients to be ignored. She argued that the neglect of stories and emphasis placed on rational argument is reflected in the words used in discourse surrounding healthcare. Words like “care”, “responsibility”, and “creativity” are now neglected and words like “attentiveness”, “imagination”, “commitment” are being lost. Meanwhile, words like “regulation”, “inspection”, “failure”, “risk” are ubiquitous.

Quassim Cassam discussed resistance to innovation in healthcare. He discussed the difference between unwarranted resistance to innovation—which is the result of intellectual vices such as intellectual arrogance and closed-mindedness—and warranted resistance, which is virtuous. He argued that resistance would be grounded in environmental factors (social, cultural, and professional environment), personality, identity (is existing practice connected to one’s sense of identity?), and cognitive architecture. Where these factors combine to facilitate responsible or effective inquiry they are virtuous. Virtuous inquiry of this sort can lead to warranted resistance. Resistance that is not based on virtues is unwarranted.

Cassam proceeded to outline a number of consequences of innovation resistance. Where innovation resistance is warranted, it might bring the vices of policymakers and managers into focus. When the concerns of resistors are legitimate, healthcare professionals can be encouraged to actively participate in the design of new evidence-based practices.

In the discussion, two particularly interesting issues were raised. First, the possibility was raised that shame plays an important role in ameliorating judgements and decisions made in the healthcare setting; when people make poor choices they feel shame and this can lead to an improvement in their future practice. Second, Bernard Williams’ notion of agent regret was used to emphasise the difference between cases in which luck is and is not involved in poor clinical outcomes.