Does our metaphysics determine our definition of mental illness?

This post is by Laura Roklicer. Laura is an MA student in Philosophy of Mind and Cognitive Science at the University of Birmingham, alongside which she is attending the Expansions of Quantum Theory Towards Consciousness course organized by ECR-Institute (Berlin) and hosted by the Dev Sanskriti University (Haridvar). She holds a First-Class Honours bachelor’s degree in Psychology and in Media Production, and she is looking to pursue a PhD next year through which she hopes to continue exploring the mind.
How the world actually is beyond our apparent understanding matters greatly in defining our views on many important topics. If consciousness were seen as a mere illusion, a great trick played by an unintentional Nature, then we would all be deluded in thinking that we’re thinking. Similarly, if the whole of existence were a single, unified mind, we would again be deluded in thinking we exist apart from each other, in our own private heads on our own two shoulders, and with our own palette of experiences.
However, a contemporary framework will have us believe that there is a proper mind, and a less proper mind. That is, that those who see the world – and especially their own minds – differently, are delusional and, more often than not, ill. I want to present a rather controversial view that the ‘mentally ill’ schizophrenics might actually be the sane(r) ones considering a specific type of ontology, but not limited to it.

Schizophrenia is defined in phenomenological terms as a holistic account of a self-disorder rather than by a vast number of unrelated symptoms as it is predominately seen in psychiatry. Thus, an enactivist views it as ipseity disturbance (Ipseity derives from ipse, Latin for “self” or “itself,” Sass, Parnas & Zahavi, 2011, p. 7) characterised by hyper-reflexivity, or the exaggerated reflection on the subject’s own thoughts and experience, and diminished self-affection. The latter means that an individual has lost their ‘self’, and this is interpreted in varying ways. 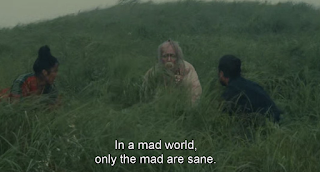 Some consider this loss of the self to be a delusion in an epistemological sense, claiming that a schizophrenic is not seeing things clearly, confusing their own identity. On the opposite side of the spectrum, Gipps (2020) proposes that this is an ontological matter. What this means is that instead of an individual with schizophrenia wrongly interpreting or not appreciating their self as existing within their ego boundary, they are actually right in saying that their ‘self’ is lost or dissolved. Put simply, an ego boundary is a formal, non-materialist, non-psychological, non-spiritual concept of an axis where Other begins and I end, and when it breaks in an ontological sense, the individual’s self truly ‘disappears’. 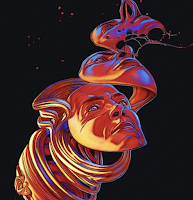 However, there is still ‘someone in there’ who feels and thinks, and who observes this perishing individual and judges his interactions with the external world. So, who is this ‘self’ that has taken the place of a diminished person? The answer largely depends on our view of metaphysics, of how the world really is.One view is Bernardo Kastrup’s (2017) idealist ontology, which postulates That Which Experiences (TWE) as the true nature of existence. TWE is all that exists, a unified whole, or a mind of us all, and we are but dissociated alters of this single entity. As individuated ‘alters’ of TWE, we interact with each other, with the external world, and with ourselves, as belonging to the illusion of separation in which we own an ‘ego’. In this kind of ontology, a person whose ego had dissolved into nature would in fact be breaking the delusion and approaching a higher form of sanity, rather than having it the other way around in a physicalist framework.

I have concluded two things, both of which favour the non-delusional interpretation of schizophrenic’s diminished self. First, a schizophrenic is not delusional about having its self dissolved with the rest of reality, because their ego boundaries are ontologically, rather than epistemologically, broken, and thus the individual’s self in fact diminishes. Second, a schizophrenic’s diminished self-affection is not a product of a delusion in an idealist ontology, in which the whole of reality, our individual minds included, are really just one holistic thing – the unified mind or That Which Experiences. In the latter sense, the schizophrenic is on a ‘journey to a higher form of sanity’ (Laing, 1967), that is on their way to a unified reality that underlies our individuated existences.
Posted by Lisa Bortolotti at 08:00