Are Emotions Rational? An Interview with Aaron Ben-Ze'ev 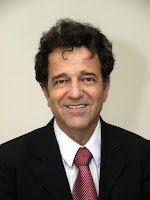 In this post Matilde Aliffi, PhD student at the University of Birmingham, interviews Aaron Ben-Ze'ev, Professor of Philosophy at the University of Haifa, and President of the European Philosophical Society for the Study of the Emotions. Aaron (pictured above) works in the philosophy of psychology and published extensively on emotions and love.


MA: What are the objectives of the European Philosophical Society for the Study of the Emotions?

AB-Z: Emotions punctuate almost all the significant events in our lives, but the nature, causes, and consequences of the emotions are among the least well understood aspects of human experience. In recent decades there has arisen a significantly greater interest in the study of emotions by scholars in various fields. Such an interdisciplinary interest and interaction are crucial for the understanding of emotions. Nevertheless, I believe that there is room for more intensive discussions among scholars about specifically philosophical issues within the broad area of the study of emotions.

The European Philosophical Society for the Study of Emotions is a non-profit organization dedicated to fostering the philosophical study of emotions by providing a forum for exchanging views, so as to increase the interaction or collaboration among its members. The Society will make a special effort to involve young philosophers in its activities. Although the title of the Society refers to European philosophers, the Society is open to people from other countries, as well as to those who are not philosophers by profession, but have an interest in interacting academically with philosophers.

MA: Nowadays the study of the emotions is an interdisciplinary enterprise. What is the contribution that philosophy can offer to this field, and what kind of methodology philosophers should adopt?

AB-Z: Philosophy is not limited to its subject matter, but merely to the level of complexity and abstraction of the issues discussed. Thus, we can speak about the philosophy of physics, philosophy of geography, and philosophy of emotions. The question of whether a woman is more likely to be more jealous if her partner has an affair with a beautiful woman or with a wise woman is basically a psychological issue. (The answer to this question depends on how central external appearance and wisdom are to the woman’s self-image.)

The difference between jealousy and envy is an issue of discussion for both philosophers and psychologists. Philosophers are concerned with issues such as “what is an emotion?” and the role of emotions in morality. Collaborations between philosophers and psychologists (and other scientists) are always welcome—the extent and usefulness of these depends on the abstractness and complexity of the issues. There are various methodologies that philosophers use in studying the emotions: for example, conceptual analysis, reference to general views of classical philosophers, and discussing empirical findings that support or weaken a general philosophical claim. Combining all these and other such methodologies can be very fruitful.

MA: Your work on the emotions has been particularly influenced by Aristotle, Kant and Spinoza. How can the classics inform a contemporary theory of emotion?

AB-Z: My work on emotions has mainly been influenced by Aristotle and Spinoza—more so by the former. Emotions have been central to human life for thousands of years, and so we can learn much from previous philosophers. Their writings indicate that some emotional features are universal and not culturally dependent. If we can understand and accept what Aristotle or Shakespeare wrote about romantic love, it may imply that certain aspects of romantic love are not an invention of capitalist society, but rather have some universal features. This is not to deny that romantic love, and especially its manifestation and generation, may be influenced by a given society, context and character.

AB-Z: Along with the tradition that considers emotions to be irrational, there is a tradition that views emotions as disorganized interruptions of mental activity and as impediments to normal functioning. Some even consider emotions to be a kind of disease that we need to cure, since to neglect these illnesses would be little short of suicidal. I believe that this negative view is unfounded and that in fact emotions are the optimal response to many circumstances associated with their generation, such as when we face a sudden significant change in our situation but have limited and imperfect resources to cope with it. The major functions of emotions are: (a) an initial indication of the proper manner in which to respond, (b) a quick mobilization of resources, and (c) a means of social communication. Emotions are typically very useful in our everyday life.

MA: Do you think that emotions can provide an important source of knowledge?

MA: What is the focus of your current research?

AB-Z: My research is focused now on romantic love and in particular on the nature and feasibility of long-term profound love in light of the many difficulties associated with achieving it. The feasibility of such love enhances the problematic situation of those who have not achieved it. These people experience sadness and disappointment not merely because they lack such a love, but also because they have to make compromises that others do not.

The issue of compromises is complex in romantic love, the idealized characterization of which seems to reject any type of compromise, settling, or moderation. The very term "romantic compromise" appears to be a contradiction in terms—you cannot tell your partner: “I love you darling, even though you are a compromise for me.” However, reality is different. Modern society has witnessed an increasing discrepancy between the desire for an enduring romantic relationship and the probability of its fulfillment. Breakups, rather than enduring partnerships, are the norm.

On the website of Psychology Today, I keep a blog, “In the Name of Love,” where I discuss issues that are central to understanding romantic love.