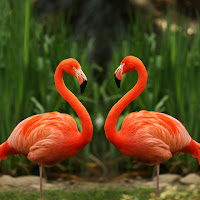 Recently I have become interested in the effects of optimism on relationship satisfaction. Unrealistic optimism about romantic relationships is very widespread. Even people who are aware of divorce rates in the society in which they live tend to overestimate the longevity of their relationships.

Unrealistically optimistic predictions about the future of our romantic relationships may be supported by other positive illusions, for instance, the superiority illusion and the love-is-blind illusion. According to the superiority illusion, which is a form of self-enhancement, we tend to perceive our relationship as better than most relationships. According to the love-is-blind illusion, we tend to be blind to our partner’s faults, and perceive the partner as better than average in a number of domains including intelligence and attractiveness.

But for Murray and colleagues (1996) such illusions are not obviously a bad thing, as people who have an optimistic disposition towards the future and idealise their partners have more satisfying and longer lasting relationships, where conflicts are resolved more effectively.

According to the ‘self-fulfillment’ model they endorse, positivity has three main effects:

The empirical results discussed by Murray and colleagues support the self-fulfillment model: idealised conceptions of our partners help us overcome difficulties and are much better related to wellbeing and relationship satisfaction and stability (even in the long term) than more realistic evaluations. Satisfaction mediates the link between positive illusions and stability.

Moreover, in the long run, due to the self-fulfilling nature of positive evaluations, the gap between idealisation and reality shrinks, and people start manifesting those qualities that partners always attributed to them. So it would seem that happiness in love does not always come at the expense of knowledge...

I will discuss optimism, love and agency at the British Society for the Philosophy of Science annual conference in Cardiff this Friday.